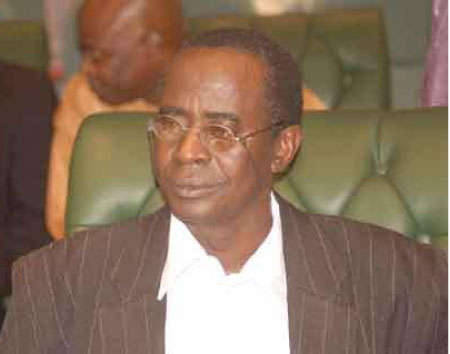 The Ministry of Forestry and Environment through support from ECOWAS Commission yesterday kick-started a two-day validation of The Gambia’s draft report on the development of a sub-regional convergence plan for sustainable management and utilization of forest ecosystem in West Africa.

The validation exercise, held at the Baobab Holiday Resort in Kololi, was aimed at improving the politico-institutional environment and efficiency of the management of forest ecosystems and the resources management programmes project.

It further seeks to strengthen the community capacities related to forest ecosystems and resources management and control.

Declaring the forum open, the Minister of Forestry and Environment, Hon. Jatto Sillah, said the Gambia Government has placed great importance on the issues of the environment and the development agenda as envisaged in the Vision 2020 blueprint and other international and local initiatives.

He revealed that the country’s forest is increasingly coming under pressure as a result of land use, conversion, heavy dependence on firewood, timber and other forest products, adding that frequent forest fires have resulted in habitat destruction and degradation, threatening wildlife habitats.

“The biggest enemy of our forest and natural resources in The Gambia is uncontrolled bushfire,” said the forestry minister

Hon. Sillah underscored the importance of the forest ecosystem, saying: “It plays a vital role against climate change and disasters as well as promoting eco-systems and food productions among others.”

He challenged all and sundry to ensure the successful management, sustainability and utilization of the forest, and its resources.

He also urged the participants to closely review the documents and use it as one of the blueprints of their future forest development master plan as well as the ECOWAS regional convergence plan.

He noted that it has a vital assignment to ensure that the course of actions being charted for the national convergence is appropriate to countries’ interest and capacities, among others.

“According to FAO, forest cover one third of the earth land surface and these ecosystems and their goods and services and related activities contribute to the objectives of earth summit 2012 in multiple and essential ways,” noted the FAO representative.

He said to achieve such a balanced sustainable forest, strategies need to be understood in terms of time and space.

He adduced that in West Africa, the forest cover (rain forest and savannah), which represents approximate 72 million hectares, undergoes tremendous pressure in spite of efforts to adopt forestry policies and programmes.

Despite that the FAO boss said that the sub-region faces a more pressing demand that form a population currently estimated at 290 million forecasted to reach 400 million in 2020 and 500 million in 2030, which relies on forest for its needs in timber, construction wood amongst other.

“The task is not an easy one, considering that interests in the management of forest resources vary,” he said, adding that the process of setting a convergence plan requires the concerted efforts of all concerned.

He finally reaffirmed FAO’s commitment to supporting the Gambia government to achieve its development objectives.

“It would be recalled that in June 2010, in Benin, the ministers in charge of forest and wildlife of ECOWAS member states adopted a document of forest dialogue in West Africa as well as the terms of references for the preparation of the convergence plan for the sustainable management and utilization of forest ecosystem in our sub-region,” he said.

He added that the rate of forest degradation and deforestation in our region is to be the highest per hectare in the world. This, he noted, is definitely not acceptable and thus calls for urgent and concerted actions to conserve and sustain what remains of our forest and wildlife resources in the face of ravaging climate change that is seriously affecting our region.

He also called on country members to be fully involved since issues of trans-boundary have become important. 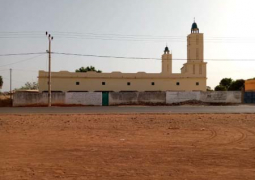 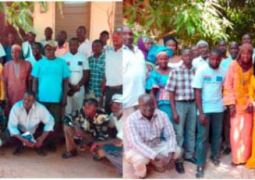 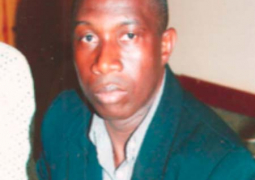