Witnessed by cabinet ministers, development partners, dignitaries and representatives of various organizations and institutions in the country, the ceremony was held at Gunjur village in Kombo South West Coast Region.

The project was funded by the Islamic Development Bank and the Gambia government, and the event was part of the 20th anniversary celebrations of the July 22nd Revolution.

Vice President Njie-Saidy said the commissioning of the water supply project was another milestone, and a “clear manifestation of the unparalleled achievements of the 22nd Revolution over the past 20 years.”

She added that ensuring safe and sustained water supply, particularly in rural communities, is a basic right and its social benefits are immense and immeasurable with the reduction of energy and time spent in fetching water, reduction of water stress and scarcity and the containment of economic costs and health hazards such as diarrhoea and other diseases.

The Gambia government has now provided clean drinking water to over 85.8 per cent of the population, she announced.

The project inaugurated will improve the quality of life of people of Gunjur and its satellites, she added, and thanked God for the achievement.

The Vice President also thanked the Islamic Development Bank for the counterpart funding of the project and complementing the government’s goals of transforming the life of Gambians and building an ultra-modern state.

“We have always welcomed partners who are ready to respect our sovereignty and national independence,” she said, whilst thanking the Bank for being a true friend of The Gambia.

She also commended the contractors for completing the project as required.

The Vice President added that the successful implementation of the project marked the latest addition to a long list of significant accomplishments of the entire country, which included raising the consciousness of Gambians on the importance of self-reliance, hard work, honesty and patriotism, among others.

The July 22nd Revolution has laid a solid foundation for the future prosperity of the country, she said, adding: “We are prouder today than we were 20 years ago.”

She said the revolution had not only shaped and improved the lives of the people, but had also promised a brighter future for generations to come.

In his remarks on the occasion, NAWEC’s Managing Director Ebrima Sanyang told the gathering the inauguration of the project represented a significant milestone in their quest to provide safe and reliable drinking water to all Gambians, which is in line with the President’s call to bring portable water to the doorsteps of all Gambians.

The government through NAWEC, he said, would spare no efforts in making sure all Gambians have access to safe and reliable water supply.

The project is another manifestation of President Jammeh’s continued desire to improve the quality of life ofthe entire citizenry, he added.

The project comprises 16 km of water distribution network within Gunjur supported by boreholes which are also 3000m of raw water transmission pipelines.

The water plant has a capacity to treat 100,000 litres of water per hour, and a 250,000-liter ground tank reservoir which also has a capacity of half a million litre of elevated water tank.

In order to ensure quick access to water services by the entire community, Sanyang said 55 community-managed standpipes have been installed alongside the project, which included the construction of sanitation facilities for five communal institutions such as a health center and four schools.

IDB Project officer Abdou Bangura has said cooperation between The Gambia and IDB started in February 1980, which has been extended to other facilities of the Bank.

The partnership, he noted, had resulted in a total net approval of over $US 0.5 billion as of July 2014.

He revealed that the energy, education and the agricultural sectors have been the most targeted in their development.

Bangura said IDB had invested over US$20 million in the water and sanitation sector, adding that their current portfolio for The Gambia consists of ten projects for a total approved amount of $268 million as at October 2014.

He noted that the IDB investment had always been in line with the development framework of the country.

The Gunjur rural water project was approved in October 2008 with the primary objective of improvingthe public health condition to the people of Gunjur through improved access to safe drinking water, he added. 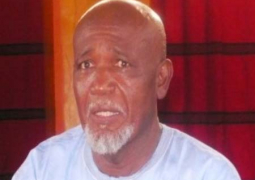