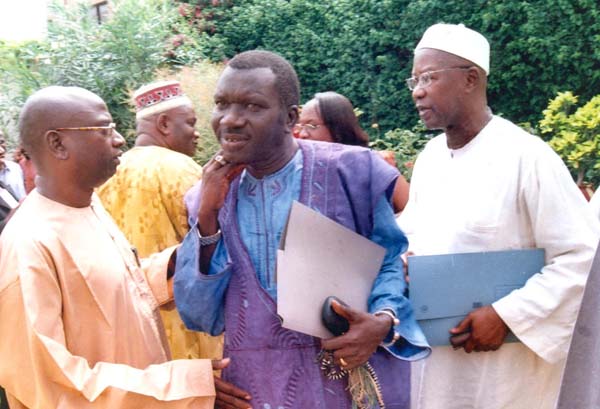 With the ultimate aim of increasing sustainable basis production, processing and marketing of livestock and livestock products, a 14 million dollars livestock and horticulture development project was recently launched across the country.

Geared towards increasing household food security and income level consistence with the overall aquacultural policy framework, as envisaged in the Vision 2020 blue print, the second PRSP (2007- 2011), and Millennium Development Goals, the project will cover the Western, Central, Northern and Upper River Regions.

The project is partly funded with a grant of US$8 million by the International Fund for Agricultural Development (IFAD), at the request of the government of The Gambia and the Africa Development Bank (ADB).

The main components of the project are production, processing and marketing of livestock and horticultural production. The project is expected to last for the duration of seven years with the overall goals of raising income, improving food security and reducing poverty.

In his overview of the project, Mr. Lamin A.D. Sanyang, the Livestock Horticultural Development Project Director, said the ADB component of livestock and horticultural development project (LHDP) was approved in 2008, and became effective in May 2009. Noting that it was launched at national level in July 2009, he said, the implementation of the ongoing field activities has since begun.

He said in September 2008, the International Fund for Agricultural Development (IFAD) was consulted by the ADB for a parallel funding of the LHDP. He added that IFAD inception paper and memo were presented and approved in February 2009.

According to Sanyang, IFAD component, which was approved in December 2009, was signed and launched at national level on 15th of March 2010.

According to the Director, the LHDP activities in view of the poverty reduction strategy paper (PRSP II) Vision 2020, and the Millennium Development Goals (MDGs) aims to enhance capacity and empower women and youths to reduce poverty, through major cross-cutting issues.

He added that the specific objectives of LHDP is to improve the returns to 'Kafo' in horticulture and livestock production, to build up capacity at the levels of the Ministry of Agriculture and grassroots, as well as to strengthen the monitoring and evaluation arrangements between KFA, PIWAMP and other sister project.

Sanyang revealed that LHDP is a follow up to peri-urban smallholder improvement project that concentrated activities in the Western and North Bank Regions. He stressed that the AFAB component is up-scaling and out-scaling the activities of women in five regions, namely NBR, LRR, CRR, CRR North and CRR South.

According to him, IFAD grant component will expand coverage to 120 rural communities throughout the country.

Mr. Sanyang opined that IFAD mandate defines the funds main target groups on comprising "Resources-poor rural producers with special attention to women and other economically active vulnerable categories (youth, minorities). He said IFAD interventions have placed a strong emphasis on the development of women and youths.

He further noted that IFAD’s contribution to LHDP will complement the ADB grant by ensuring that the fund target groups have access to support the development of livestock and horticulture production.

"The functioning of LHDP will be a factor that is based on the following components: production, processing and marketing of livestock and horticulture products," he stated.

Noting that the Ministry of Agriculture is the lead agency responsible for the implementation of LHDP activities, he said, it discharges its responsibilities through the CPCU and the project steering committee of the Project Management Unit (PMU).

"The PMU will be responsible for the day-to-day management of the project. The PMU will discharge this responsibility at community level through the directorate of the Regional Agricultural Offices under the department of agriculture (DOA)," he stated.

For his part, Mr. Lamin Waa Juwara, Governor of Lower River Region (LRR) expressed delight at hosting the regional launch of the projects.

He also expressed appreciation to the entire livestock management and the government of The Gambia for securing such funds for the implementation of development project, which is geared towards improving food security. He noted that presently, in The Gambia, politics of development is the order of the day. He also used the opportunity to advise farmers to nurture this success story.

The LRR Governor said being the host of the regional launching, they will not relent in their participation to the successful end of the project.

For his part, Momodou Mbye Jabang, the Project Manager of the Central Project Co-ordinating Unit said the Livestock and Horticultural Development Project is a follow-up to the Peri-Urban Small Holder Improvement Project.

He added that the IFAD component of US$8 million is targeting the whole country, but the vegetable gardens and small ruminants programming of RFCIP was funded by the IFAD.

He also revealed that government is negotiating with the Islamic Development Bank to join the co-financing in funding development of agricultural infrastructure, such as access roads, storage, as well as market and transportation.

He implored all and sundry to work hand-in-glove to ensure the success implementation of the project. 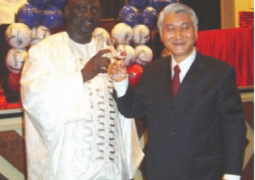