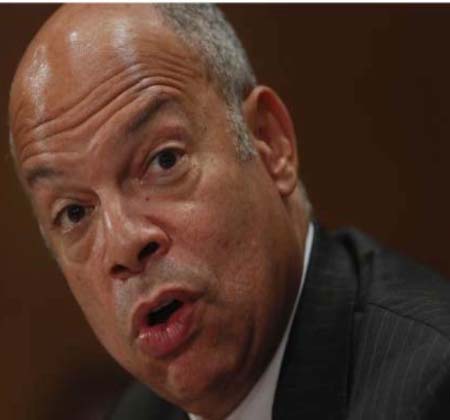 The United States has finally decided to pull the trigger against the Gambia Government and will deny visas to some Gambians hoping to visit the U.S., the Statement Department said on Saturday 1st October 2016.

This, according to the State Department, followed the Gambia’s refusal to accept nearly 2000 people the US is trying to deport.

Homeland Security Secretary Jeh Johnson took the decisive move after years of prodding by lawmakers on Capitol Hill, signing a letter triggering the law that requires a halt in visas to countries that are refusing to accept their own citizens. Under the law, the State Department had no choice but to comply.

The move comes at a time when Democratic presidential nominee Hillary Clinton is facing criticism for allowing a major backlog of criminal aliens to build up during her tenure as secretary of state. Republican rival Donald Trump has said she made the U.S. less safe by refusing to force other countries to cooperate.

In this new case, State Department officials said they informed the Gambian government of the move on Saturday.

“As of October 1, 2016, the U.S. Embassy in Banjul, The Gambia has discontinued visa issuance to employees of the Gambian government, employees of certain entities associated with the government, and their spouses and children, with limited exceptions,” a State Department official said.

The law appears to call for an even broader response — the denial of visas to all Gambian citizens. But stripping government officials and their families of visas is still a powerful lever. The only time it’s been used before, against Guyana in 2001, it produced full cooperation in less than two months.

An official from the Gambian embassy in Washington recently told The Washington Times that as many as 1,800 of their citizens were in the backlog. He suggested the U.S. pay to have Gambian immigration authorities come to the U.S. to review them — though he insisted his country is trying to cooperate.

“Our country respects the laws of the United States and we are working closely with the U.S. authorities to take care of the situation,” Hamba Manneh, counselor at the Gambian embassy, said.

The administration’s move marks the first time it has used Section 243(d) of the immigration code, and it comes as both Democrats and Republicans have called for the U.S. to get tough on foreign countries that don’t take back their citizens.

More than 30,000 Cubans — the vast majority with criminal records — are awaiting deportation but have been released onto the streets in the U.S. because Cuba refuses to take them back. China is another major offender, placing high on the list of nearly two dozen recalcitrant countries identified by Homeland Security.

The Gambia is ranked 11th on that list, according to Jessica Vaughan, policy studies director at the Center for Immigration Studies.

She said there’s now a major hurdle to cooperating: most of the Gambians awaiting deportation have been released onto the streets — including hundreds with criminal records — so tracking them down to deport them could be difficult.

“If The Gambia agrees to take back their criminals, how will ICE find them if most of them are at large?” she said.

Sen. Charles E. Grassley, who first revealed the move against The Gambia on Friday, said it was about time the administration targeted someone. He said he hopes more countries face the same punishment if they don’t begin to cooperate, and he said if The Gambia doesn’t straighten out, he hopes the U.S. broadens the visa sanctions to more than the government.

“It’s time we make clear to these nations that blocking U.S. deportation efforts by refusing to take back their citizens has consequences,” said Mr. Grassley, chairman of the Senate Judiciary Committee.

The problem of countries refusing to take back their own citizens has been around for years, but it came into sharp focus earlier this year when a Haitian man was convicted of killing a young woman in Connecticut. That man, Jean Jacques, had previously served time for attempted murder but was out on U.S. streets because Haiti wouldn’t take him back, saying it questioned whether he really was Haitian.

That’s the same excuse given in tens of thousands of other cases where home countries refuse to take back their citizens — including The Gambia.

In 2001, when the Bush administration pulled the trigger on denying visas to Guyana, it was wildly successful. Of a backlog of 113 immigrants, 112 of them were processed and deported within two months, and the U.S. quickly lifted its punishment.