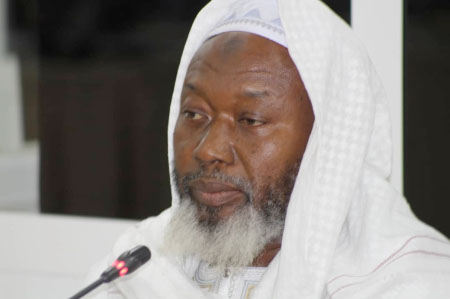 Former imam of State House and a member of Supreme Islamic Council (SIC), Abdoulie Fatty, on Monday 17 Feb. 2020 appeared before the TRRC to clarify issues in which he was adversely mentioned by several witnesses.

Some witnesses claimed that his (Fatty) comments had triggered their arrest, unlawful detention and torture by former President Yahya Jammeh. He admitted before the TRRC that Supreme Islamic Council (SIC) got powers from Jammeh to ban certain scholars from preaching.

However, prior to his testimony, Fatty was reluctant to swear by the Qu’ran triggering some little misunderstandings between him and lead counsel, Essa Mbaye Faal. This resulted the intervention of Chairman Dr. J who informed him (Fatty) that he was the 204 since the proceedings started and nothing would make the commission change its procedures.

Born in Borayaa village, Imam Fatty is a Master’s degree holder in Islamic Studies. He recalled that in August 1995, he was appointed Imam State House; adding that being an Imam at State House was just like any other Imam.

He said late Landing Sanyang was part of the was responsible for asking whether the Junta should stay in power for two or more years and Lamin Kaba Bajo told him that they wanted an Imam at State House and it was he (Fatty) who was in Bajo’s mind.

According to him, he was asked how much he would want as a salary, but he told it was the cause of Islam he wouldn't demand payment.

He said his relationship with Jammeh was not only limited to imam and a a boss and a worker as well.

"I once made a sermon in reference to Yahya Jammeh but it was banned and it never came out on TV or radio because it was not pleasing to him."

He added that not all of his sermons were aired particularly the ones viewed sensitive. "I did not against Yahya Jammeh, I advised him," said imam Fatty.

At this juncture, Faal reminded him that he (Fatty) earlier told the commission that he was not an adviser to the former president. But Fatty in reply said current President Adama Barrow has a religious Jammeh did not have before.

On Supreme Islamic Council, he said late  Alhagie Sorriba Gassama formed the council after he had a tour across the entire country in 1992. He said Supreme Islamic Council was formed because it was alleged that all the Arab monies were going to the Madarasas and therefore they (/) suggested formation one institution to work with government to enable them support Islamic education.

Continuing his testimony, Faal put it to him that SIC is a private club because it has no legislative standing and had no authority over any individual. However, Fatty rebutted the council does not do any other thing than advising.

Fatty explained that even as an advisory body it was established by was set up by individuals.

Counsel Faal further put it to him that SIC was not a state Fatty told him that SIC was the body responsible for affairs between the state and the people. agreed that it is not a state institution. He added that the council only cooperates with government and has authority over people by monitoring Islamic affairs in the country.

He said individuals in Islam must know what to say and what not to. He added that they cannot let anyone misinterpret the Qu’ran and the Hadith and thus mislead Gambians.

He cited a Hadith and interpreted it by saying that if you see something forbidden, try and remove it with your hand or preach about it or hate it in your heart. However, hating it in your heart is the weakest.

Council Faal, however, put it him that SIC doesn't have the mandate to use force on people.

"The application of force is only applicable by the state. SIC was banning preachers they did not like,” Faal interjected.

Imam Fatty then clarified that the government was not intervening on the side of SIC was given that power by the former president.

Mr. Fatty testified that if instructions came from the president and it is not against Islam and would foster peace, he averred, then there is no problem.

We should obey our leaders in Islam," he testified. However, Faal put it to him that the instructions they executed were Fatty insisted that could only be answered by Yahya Jammeh.

Asked whether it was matter to him if instructions from Jammeh were lawful or unlawful, Fatty told the commission to ask Yahya Jammeh about that. But Faal put it him that he was the one testifying. However, Fatty said they were not aware that it was unlawful.

At this juncture, he was asked to look at a statement and confirm whether it was , which he did. He said SIC was instructed to monitor preachers and what they preach and also provide them with a permit. He added that they wrote to all radio stations informing them that no one should be allowed to preach without a permit.
Fatty insisted that what they did was Counsel Faal put it to him that what they did was unlawful. He further told the witness that Gambia is neither an Islamic state, nor is it governed by the Shariah law.

However, Imam Fatty told the commission that of Gambians live by the Qu’ran and even use it in marriages and other religious activities.

Fatty admitted that he did state that it was the responsibility of SIC to unite Muslims to pray and fast on the same dates.

Asked whether Yahya Jammeh involved himself in their work, he responded in the negative.

Mr. Fatty testified that the idea for all Gambians to fast and pray with Makka on the same day did not emanate from Yahya Jammeh. He added that Jammeh only tasked them to monitor and ban preachers.

In his further statement, he stated Yahya Jammeh never interfered with their work.

According to him, Shia Muslims a group and the difference between and the Sunni Muslims is that they said they (Shia) have a holy book different from the Holy Qu’ran.

Imam Fatty denied attacking or banning the Shia Muslims in The Gambia. But it was put to him by Counsel Faal that it was published in 2008 that banned the said sects.

Fatty also told the commission that he was among Gambian scholars who branded the Ahmadiyyas as ‘ (pagans).

Imam Fatty further testified that he never stated that the Ahmadiyya should be taken to McCarthy Square and be killed. According to him, he rather wanted to have a debate with them in 1997 at McCarthy Square or Independence Stadium.

He accordingly admitted having said that Ahmadis should be banned.

Previous:
‘China considers health of foreigners equally important as Chinese’
Next:
Research institute to be inaugurated as tribute to late Prof. Lamin Sanneh 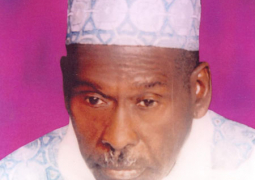