The United States Embassy in as part of the holy month of Ramadan recently hosted an Iftaar dinner for prominent Gambian religious leaders, including the Imam Ratib of , Cherno Mass Kah, Imam Tafsiru Gaye, Imam Abdoulie Fatty of State House, Imam Baba Leigh of Kanifing Estate, among others, at a reception held at the Ambassador's residence in Fajara.

The Iftaar dinner accorded the religious leaders the opportunities to watch some films about Muslims' live in American, especially in the holy month of Ramadan.

Addressing the gathering, the Ambassador to The Gambia, Barry Wells, said such a forum was of great joy to them at the Embassy, noting that it enables them to interact with the men and women of God, who play an important role in society.

For Ambassador Wells, the event is also a clear demonstration of the government's support and respect for Islam and its 2.8 million followers living in .

He stated that fasting during the month of Ramadan is one of the five pillars of Islam, adding that it was during this holy month that the Holy Quran was revealed to Prophet Muhammed (PBUH) beginning with a simple word Iqra.

"It is therefore a time when Muslims reflect upon the wisdom and guidance that comes with faith and responsibility", he told the gathering.

According to Ambassador Wells, President Obama reiterated his commitment to see a new beginning between Americans and Muslims around the world in his speech in on June 4th, adding that President Obama said that "this beginning must be borne out to respect for one another and to seek common ground".

He commended the government of The Gambia for establishing and maintaining its ties with the United States of American in many areas. He also acknowledged the efforts The Gambia plays in participating in peace-keeping efforts in .

The , he added, by its long established tradition of peace, religious tolerance and interfaith dialogue and collaboration, represents an example of peaceful co-existence that President Obama seeks to promote around the world.

Speaking on behalf of the Imams, Imam Ratib of Banjul Alhagie, Cherno Kah underscored the numerous contributions of the government to The Gambia. According to him, he is not associating himself with under President Obama's leadership because his father is an African, but the new strategic policy towards Muslims around the world and seen in , where he spoke about the need for seeking a new beginning with the Muslim world.

He commended Ambassadors Wells for organising the Ramadan Iftaar for religious leaders, adding that it's a step in the right direction towards promoting peace and tolerance between Americans and Muslims around the world. 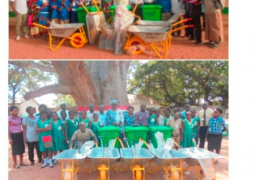 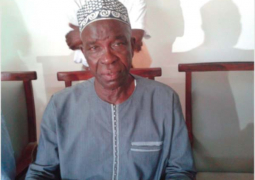