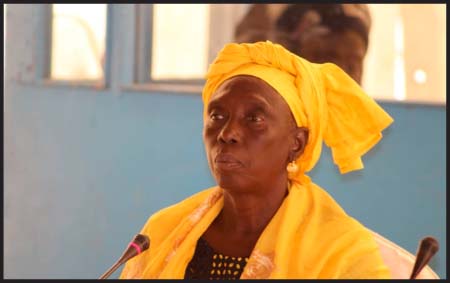 Adama Gassama, one of the survivors of the infamous national witch hunt exercise ordered by the exiled former Gambian leader Yahya Jammeh yesterday told the TRRC’s regional hearing in Barra, how she and her late husband suffered in the hands of the former president during the 2009 witch hunt exercise.

Narrating her ordeal, Madam Gassama recalled that it was one fine day when they were visited by two people, who are said to be witch hunters, who told her husband that they wanted to take them for treatment. She testified that her late husband (Kebba Sonko) told the witch hunters that he was sick.

She disclosed that it was then the men went to collect two soldiers, who forcefully arrested them and took them to Fort-Bullen in Barra.

“The witch hunters came with a black goat which they buried alive.”

She explained that she and her husband were arrested at their compound and were later escorted by security personnel.

The witness explained further that from Fort Bullen in Barra, they were later transferred to a compound belonging to the late Baba Jobe in Kololi, where they were given concoctions.

She indicated that her husband was mercilessly beaten during their detention in Kololi.

“My husband was forcefully made to drink the local concoction for the second time. He was dragged outside and dumped on other victims. After undergoing merciless beatings, he never regained his health till the day he died.”

She informed the commission that after the exercise her husband visited the hospital frequently and subsequently died after two years.