With only two more weeks to go to wrap up the first- round matches of the Regional 1st Division league, is so far leading with 9 points.

Brikamaba is second at seven points, one point ahead of Waterman.

Winnowing , Jarra West and Adwac are each holding four and one point respectively.

The championships which kicked off last month will resume on Sunday 28th June, 2009.

In the female championship, Waterman beat Gamcom Institute 4-0 while Jah Oil succumbed to Tendaba 2-0 in the opening matches of this year's session.

According to Alhagie Marong, Coordinator of the GFA Regional League the remaining first round matches of the female league will be played between June 20th to 4th July.

Below is the fixture of the Male and Female League first round matches: 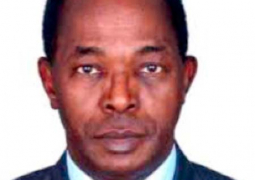