The embassy of the in The Gambia recently launched a new website geared towards standardizing US embassies around the world.

The new site, http.banjul.usembassy.gov, is designed to increase customer services and standardize the embassy websites around the world.

to the citizens on wide ranging issues, the new format is more user-friendly, has shorter load-times for those with slow internet connections, and contains information about American citizen services and visa application procedures and policy.

Importantly, the site is also, among other things, expected to highlight the latest headlines from , embassy news including offices and departments, American citizen services and general information about visas to the .

Also to be highlighted in the website is the issue of Non-Immigrant visas for students wishing to attend a university or other academic institution in the .

Briefing journalists about the new website on Wednesday, Ms Wendy A. Kennedy, Consular Officer at the embassy, said the change was considered an important step in improving customer service and standardising US embassy websites around the world.

She added that the old website will be discontinued. She demonstrated the filing of the visa application form to journalists gatherted. "The US Embassy website is most visited by people seeking information about visa applications".

She revealed that the embassy has a special section called the "Visa to the " that contains all the relavant informations needed to apply for a visa. "More importantly, this  section contains links to the necessary application forms.

For his part, Papa Njie US Embassy Public Diplomacy and Cultural Affairs Assistance,  believed that the informations posted at the site would better the communication between the embassy and the general public. He is of the view that the site would also be useful to journalists. 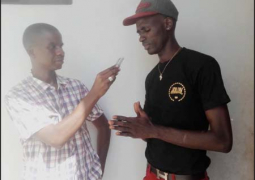 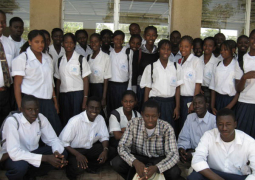