Sierra Leoneans refugees in The Gambia after a series of warning shots for the application of the cessation clauses that took effect 31st December 2008, are still leaning on UNHCR for assistance when nothing is now in place for them except the application of the three clauses of Repatriation (that took place a long time before the others), Integration and Exemption, to which refugees had strict warning not to apply for.

The head of UNHCR in The Gambia, Mr. Sehou Saho talking on behalf of UNHCR head Office answered questions that would help refugees understand why the cessation with answers from what the UNHCR set aside thus speaking in the same light.

S&D: Can you give a back ground to the Sierra Leone war, sir?

UNHCR: The civil war in Sierra Leone which started in 1991 resulted in the deaths of tens of thousands of persons, the horrific maiming of many more and the displacement of as many as two Million of the country's six Million citizens. After a succession of failed peace agreements, the peace process finally gained decisive momentum in 2001. In January 2002, the president of the country declared that the war was officially over. The country's first democratic elections following the end of the conflict were held in May 2002 and a process of peace consolidation ensued. The United Nations Mission in Sierra Leone (UNAMSIL) first deployed in 1999 and at the height of its strength numbering nearly 17, 5000 personnel, began a process of gradual reduction, with all troops having departed by . UNAMSIL gave way to the United Nations Integrated Office in Sierra Leone (UNIOSIL), which is tasked with helping Sierra Leone continue consolidating peace, enhancing development and ensuring respect for human rights.

The end of the war saw a significant progress in respect for fundamental right and freedoms particular the rights to life, non-discrimination and fair trial. It is also acknowledged that there has been substantial progress in legal and social reforms, which have focused on recovery and peace building at both the national and district levels, the Special Court was established. It is UNHCR's judgment that there have been fundamental and durable changes in Sierra Leone, including those summarized above.

S&D: What significant changes took place since then for Sierra Leoneans?

UNHCR: Sierra Leone's second elections since the end of the conflict took place in August and September 2007.They were deemed free and fair by international observers, with the Presidential candidate of the governing Sierra Leonean People's Party, Solomon Berewa, and conceding defeat to the opposition All People's Congress' Ernest Bai Koroma. The vast majority of Sierra Leoneans displaced by the conflict have returned home. Working closely with the government, UNHCR has assisted some 179, 000 Sierra Leonean refugees in these return movements, while another 90, 000 repatriated spontaneously (i.e. without organize assistance). Presently, the total number of Sierra Leonean refugees worldwide is estimated at 43, 000 and there are no more internally displaced persons in the country.

S&D: Would you kindly talk about the Ceased Circumstances Clauses of the UNHCR Statute, in the 1951 Refugee Convention and the 1969 OAU Convention?

UNHCR: It is UNHCR's judgment that there have been fundamental and durable changes in Sierra Leone, including those summarized above. Accordingly, and following consultations with the government of the main countries of asylum in West Africa as well as the government of Sierra Leone itself, UNHCR is of the opinion that the "ceased circumstances" cessation clauses contained in paragraphs 6(A)(e) and (f) of the UNHCR statute, Article 1C(5) and (5) and (6) of the 1969 OAU Convention are applicable to refugees who fled Sierra Leone as a result of the civil war in that country. The consequences of this determination and its implementation are elaborated in the following parts of this annex.

UNHCR: Sierra Leonean refugees who fled their country as a result of the civil war are deemed to no longer have a well-founded fear of persecution or other reasons to continue to be regarded as refugees. Pursuant to the determination contained in this annex, their refugee status formally ceased to exist as of 31st December 2008. Thus, subject to what is set out in part C (iv) of this annex below, they will no longer be entitled, if they remain outside Sierra Leone after that date, to claim international protection as refugees or the mandated functions of UNHCR.

S&D: What is UNHCR's objective of the invocation of the cessation clauses?

UNHCR: The objective of the invocation of the cessation clauses is not to cause hardship or leave persons who have so far enjoyed status and protection as refugees stranded.Rather, the fundamental changes that have taken root in Sierra Leone make it no longer necessary for its citizens outside the country to be considered or treated as refugees and provide the opportunity for closure to be brought at least to their predicament of exile. In particular, UNHCR, the governments concerned and other players shall take all necessary steps to promote and facilitate the return to their country of origin of Sierra Leone refugees whose status has been ceased as of 31st December 2008.

Sierra Leonean refugees in sub-Saharan African countries wishing to repatriate voluntarily with UNHCR assistance were encouraged to do so prior to the coming into force of the cessation of refugee status. They shall be provided assistance for transportation and a cash grant. Sierra Leonean refugees in other countries who, being in need are unable to benefit from national or other programmes of assistance for voluntary repatriation, may seek such assistance from UNHCR, which shall strive to provide the same subject to the availability of funding.

S&D: What are the conditions for the three options of repatriation, integration and exemption for Sierra Leonean refugees?

UNHCR: Some Sierra Leonean refugees may have acquired the right to remain, reside or integrate in the countries in which they have thus far enjoyed asylum. Others may not be able to leave those countries for compelling personal humanitarian reasons not necessarily connected to the grounds for refugee status, such as long stay in the country concerned or strong family, social or economic ties. In these and other appropriate cases, UNHCR shall apprise the individuals concerned of legal entitlements or options that may exist, such as under the 1979 ECOWAS Protocol relating to Free movement of persons, residence and establishment, to seek a right to remain accordingly. UNHCR will otherwise seek to confirm or secure with the country or countries concerned arrangements which will enable refugees seeking, or otherwise entitled, to remain in the countries of asylum under appropriate arrangements to do so. All the relevant countries should be encouraged, consistent with the executive committee's conclusion of "cessation of status," to be favourably and generously disposed to facilitating such arrangements.

S&D: Is there any exception to all the laws of cessation for Sierra Leonean refugees?

UNHCR: In keeping with established principles of refugee law, individual Sierra Leonean refugees who continue to have valid grounds for claiming a well-founded fear of persecution, or who can invoke compelling reasons arising out of previous persecution for refusing to avail themselves of the protection of their country of origin, can seek exemption from the application of the cessation clauses.

S&D: Does it mean that no Sierra Leonean can be eligible for refugee status when they give substantiated claim of fear not connected to the war?

UNHCR: The entry into force of the "ceased circumstance" clause as set out in this annex will not impair the right of Sierra Leoneans who subsequently leave their country of origin from applying for refugee status. They should be provided the opportunity to present and substantiate their claims for the need of international protection according to the appropriate and available national procedures. Efforts are taken and arrangements are made for those seeking exemption from cessation clauses by asserting a continuing fear of persecution, with compelling reasons arising out of previous persecution.

S&D: Any more material assistance for them?

UNHCR: UNHCR will provide legal identity documents, with other assistance through a community-based approach, shall also be available. 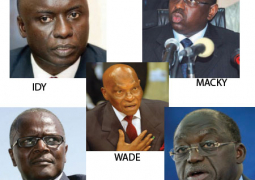