We associate ourselves with this commentary by Reporters Without Borders, RWB.

According to RWB, “participants in a panel discussion on journalists’ safety, held recently in Geneva during the UN Human Rights Council’s 26th session, were unanimous in recognizing a lack of political will on the part of governments to do what is necessary to protect journalists.

“Reporters Without Borders, which often makes recommendations on the safety of journalists, welcomes the decision to hold this panel debate, which gave participants an opportunity to remind states that they are fully responsible for protecting journalists.

“This reminder is particularly needed at a time when many journalists are being targeted in many countries around the globe.

“The participants took the position that the international rules on protecting journalists are adequate, but condemned the lack of political will and the impunity enjoyed by those responsible for attacks on journalists.

“They also stressed the need to adapt national laws to provide freedom of information with more protection and create mechanisms for protecting journalists in emergencies.

“ ‘It is paradoxical that this panel debate saw a consensus emerge among states on the need for better protection for journalists when the main obstacle is their lack of will and their failure to act,’ ” said Prisca Orsonneau, the coordinator of Reporters Without Borders’ legal committee.

“ ‘Combatting impunity should be a priority, given that 26 journalists have been killed since the start of the year. Investigations are not carried out systematically. And when these are initiated, they do not systematically conclude with those responsible being identified and convicted.’ ”

“Mijatovic deplored the fact that many states do not cooperate sufficiently with NGOs and journalists’ associations. She also condemned the witch-hunt being waged against bloggers in many countries.

“La Rue stressed that states are responsible for the safety of journalists regardless of the identity of those who harass or attack them. He called for the adoption of a UN declaration on journalists, on the lines of the one already adopted for human rights defenders, and the creation of special representatives on freedom of information at the national and regional level.

“Reporters Without Borders and Article 19 together organized a side-event on the safety of journalists after this panel”. 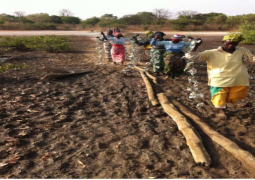