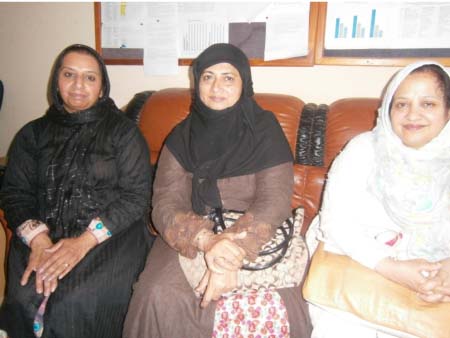 Razia Amini, a British philanthropist, operating under the banner of Humanity First International, recently disbursed materials worth half a million dalasi to the needy.

This was disclosed during a press conference held at the Masroor Senior Secondary School in Old Yundum West Coast Region.

Speaking at the press conference, Razia Amini, the lady behind the gesture, expressed delight for giving out to the needy people as required by Islam.

She added that last year she pledged to concentrate more on bicycles, because of her adventure to upcountry when she saw students trekking distance to go to School.

She then pledged that this year she would concentrate more on bicycles to help the needy students who live in remote areas and trek distance to reach to school.

She further pointed out that she brought along sewing machines for girls so they could learn skills and employ themselves.

She buttressed that this was a group of ladies and not a foundation operating under the emblem of the Humanity First for almost 13 years now.

She noted that she had an ambition do something for Africa, and she started bit by bit and people started helping her.

She thanked a local hospital in the United Kingdom for their magnanimous gesture as they donated through her some medical equipment.

“I like Masroor Senior Secondary School; that is why I chose to come to The Gambia, and promised that with the power of Almighty Allah I would continue to support the needy schools,” she said.