African female sports reporters have just concluded a professional skills enhancement course run by the AFP Foundation in Dakar from November 2010 to April this year.

The week-long 2nd phase (group two) of the training was part of the Win in Africa with Africa initiative sponsored by Fifa.

This will be just in time for the start of the Fifa Women’s World Cup in Berlin in June 2011.

The participants are all members of the African Women Sports Reporters Union (AWSRU) representing a total of 23 countries.

Some of the training took place in the Kenyan capital of Nairobi and in Dakar, Senegal.

The training also places focus on African integration and harmony, as well as on the familiarization and promotion of women football.

“This training programme, as well as broadening their knowledge of the history and rules of football, will enable participants to attain a higher level of quality in their coverage,” said AWSRU Secretary General, Ndey Dome Diouf.

The training included practicals such as match reporting between Ashylem and Goree at the Stade Demba Diop and Match previews for teams like Jaraaf.

AWSRU is planning to organize a seminar at the end of the programme and several African Women who have excelled in the world of sport will be invited, including Olympic medal winners and national champions.

Certificates were given at the end of the training.

Sainabou Kujabi of The Point newspaper and Isatou Bittaye of Foroyaa will be leaving on Tuesday for the final phase group 4 of the 2nd training. 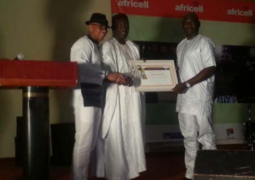