The UN System in The Gambia has commended the Gambia government for providing support to Guinea and Sierra Leone, and for its strong South-South cooperation in the fight against the Ebola outbreak in West Africa.

The Gambia government was also commended by the UN System for being steadfast in keeping The Gambia Ebola-free.

This was said by the UN resident coordinator and UNDP representative, Ade Mamonyane Lekoetje, on the occasion of the commemoration of the 69th anniversary of the United Nations, held at the Kairaba Beach Hotel on Friday.

UN Day was an occasion to highlight, celebrate and reflect on the work of the United Nations and its family of specialised agencies, she said.

The UN resident coordinator further stated that the United Nations is needed more than ever at this time of multiple crises, adding that poverty, disease, terrorism, discrimination and climate change are exerting a heavy toll on society.

According to her, millions of people continue to suffer deplorable exploitation through bonded labour, human trafficking, sexual slavery or unsafe conditions in factories, fields and mines.

The global economy remains an uneven playing field, she noted.

“The founding of the United Nations was a solemn pledge to the world for people to end such assault on human dignity and lead the way to a better future.”

There have been painful setbacks, and there is more work ahead to realize the Charter vision, the UNDP representative stated.

The UN Millennium Development Goals have inspired the most successful anti-poverty campaign ever, she said, adding that United Nations treaties addressing inequalities, torture and racism have protected people, while other agreements have safeguarded the environment.

“UN peacekeepers have separated hostile forces, our mediators have settled disputes and our humanitarian workers have delivered life-saving aid,” the UNDP Rep went on.

“At this critical moment, let us reaffirm our commitment to empowering the marginalized and vulnerable. On the United Nations Day, I call on governments and individuals to work in common cause for the common good.”

Re-emphasising the purpose of the commemoration, Finance Minister Kebba Touray said the day is being held to celebrate an organization that continues to demonstrate unflinchingdedication and commitment in tackling issues of poverty, discrimination, disease, conflicts and natural disaster, as envisaged by the founding fathers. 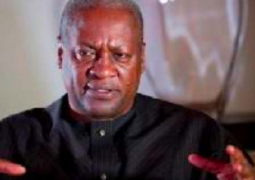 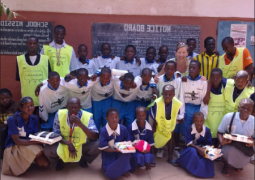