UN calls for banning of FGM, child marriage in Gambia 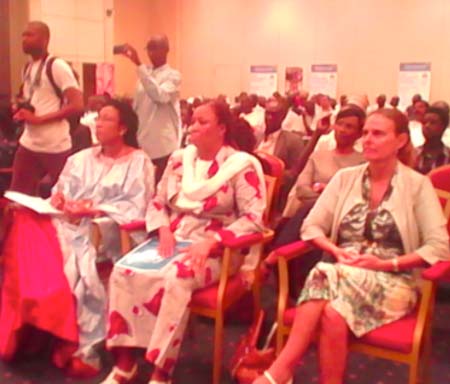 The United Nations System in The Gambia, as part of celebrations marking UN Day 2015, has called for the enactment of laws banning female genital mutilation (FGM) and child marriage in The Gambia.

The call was made by the UN resident coordinator Ade Momonyane Lekoetje on Tuesday at a local hotel in Kololi, where all the UN agencies in The Gambia gathered to celebrate the 70th anniversary of the global body under the theme: “Building Tomorrow’s UN Today”.

Ms Lekoetje said the UN System in The Gambia calls for the need to legislate against child marriage and FGM, as part of efforts to ensure full protection for the rights and welfare of children, especially the girl-child.

“Moving forward, the solution against child marriage and FGM lies in the enactment of laws banning these practices,” she declared.

Similar proposals to the Gambia government were made in the July 2015 report of the Committee on the Elimination of Discrimination against Women (CEDAW), the AU African Charter on the Rights and Welfare of the Child (ACWRC) and the Protocol to the African Charter on Human and People’s Right.

The UN diplomat said the eradication of child marriage and FGM is also in line with the Post 2015 Agenda, which aims to eliminate all harmful practices, such as child, early and forced marriage and FGM by 2030.

“Two lingering challenges, child marriage and the prevalence of FGM, need our urgent attention,” she said.

“Child marriage in The Gambia continues to deny many young girls the opportunity of post-primary education, which is critical in poverty alleviation and economic transformation.”

The report of the recently released Demographic Health Survey, 2013 of The Gambia shows that 16 per cent of women aged 20-49 years were married before their 15th birthday, and 41 per cent of the same age group got married by age 18.

The UN resident coordinator said harmful traditional practices, such as FGM, are exposing affected girls to both physical and psychological trauma.

According to statistics, the prevalence of FGM in The Gambia is high across all regions of the country.

The demographic survey puts the national prevailing rate of FGM among young women between 15-49 years at 75 per cent with 55 per cent of girls getting circumcised before age 5.

Ms Lekoetje said the theme for the 2015 UN Day selected in The Gambia: ‘Building Tomorrow’s UN Today’, highlights the UN’s renewed commitment to child protection in the country.

It also demonstrates the relevance of children as the emerging leaders and a force for change for a better, more developed and peaceful world.

The Road to Development