A two-man mission from the world football governing body, FIFA, will arrive in The Gambia at the weekend on a three-day visit, reliable sources have told The Point.

According to our sources, Fifa Development Officer Sampong Kablan based in Abidjan and Christophe Suppiger from Switzerland will arrive in Banjul on September 13.

It is not immediately known what their mission is about but Mr Kablan, who visited The Gambia many times in the past decade, is mainly concerned with Fifa development matters such as the Goal projects and his catchment area including The Gambia.

It is believed that the Fifa officials will hold talks with the new GFF leaders on development and other matters.

This is the first time Fifa has sent a mission to Banjul since the new leaders came to power at Football House.

Contacted for comments on the visit, Buba Star Janneh, the number 2 man at the GFF, confirmed the impending visit by the Fifa men, adding that they would meet them to familiarize themselves and hold talks aimed at achieving greater understanding of the football scene in The Gambia as well as discuss possible areas of assistance for the Gambian game and assurances of good management of all aspects of the Gambia Football. 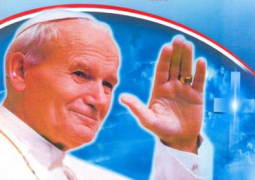