According to the charge sheet, on 2nd April 2009, at New Jeshwang at around 2:00a.m, the accused persons, Serign Chune and Mustapha Njie jointly robbed one Pa Omar Jack, a renowned Gambian musician of the following items: two cell phones Mark Nokia, valued at D1,800, wrist watch, Mark Apology, valued at D800, silver and gold bangle, valued at D200, all being the properties of Pa Omar Jack.

In his testimony, Pa Omar Jack told the court that on the day in question he was walking from London Corner to New Jeshwang, at around 2.00a.m. He said upon arriving at New Jeswang Bakery, while communicating on his cell phone, the accused persons appeared before him and called his attention.

According to him, they instantly attacked him with a knife in the hand and forcibly took the said items from him. He said he then reported the matter to Tallinding Police Station. 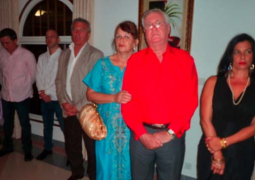