Two women, Saffiatou Darboe and Sunkaru Darboe, yesterday denied circumcising a minor, in a case before Justice Abi of the Mansakonko High Court in the Lower River Region.

Saffiatou Darboe and Sunkaru Darboe were charged with conspiracy to commit felony, grievous harm and prohibition of FGM/C under section 32 A (2) (a) of the Women’s Amendment Act.

When the case was called, A.M. Yusuf and A. Bah appeared for the state while L.S. Camara represented the accused persons.

The two accused persons, Sunkaru Darboe and Saffiatou Darboe, were all present in court.

According to the bill of indictment read in court in count one, the accused persons on 27 February 2016, at Sankandi in Kiang West in LRR, conspired to circumcise a five-month-old baby.

Count two stated that the accused persons on the same date and place subjected a five-month-old baby to grievous harm by causing serious injury to her genitalia.

Count three stated that the accused persons on the same date and place circumcised a five-month-old baby. 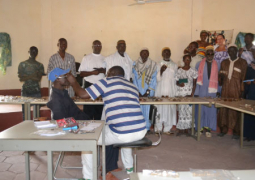