The two Chinese nationals accused of committing economic crime in The Gambia were yesterday arraigned at the Banjul Magistrates’ Court before Principal Magistrate Dawda Jallow.

When the case was called, the Director of Public Prosecutions (DPP) informed the court that the state intended to proceed with the case. However, he announced that he brought the wrong file to court, and asked for an adjournment until today.

DPP Burkun also applied for the accused persons to be kept in custody until the court decides.

Defence counsel Kebba Sanyang did not object to the application for adjournment.

However, he applied for the court to keep the accused persons in police custody until today.

The state accused the duo, Xiong Jun and HE Lisheng, that in the month of December 2014 at Kairaba Avenue in the Kanifing Municipality, they caused economic loss to the Gambia Telecommunications Company (GAMTEL) to the tune of D50,000 by installing a giant SIMbox to divert international calls from the Gamtel international gateway, which was detrimental to the economy of The Gambia and thereby committed an offence.

However, the charge sheet was not read to the accused persons and the case was subsequently adjourned for today for plea-taking.

Decent housing for the Police 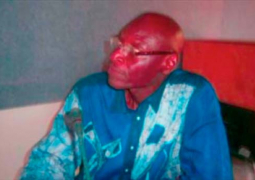