In what could be seen by many as an increase in the incidence of armed robbery in the country, yet again two people were on Friday arrested over an alleged armed robbery by the police.

No. 10 Pignard Street
, and Momodou Lamin Ceesay of No.1 Perseverance Street in were arrested following police investigations into a reported armed robbery last Monday 1st of September 2008 in Old Jeshwang.

They were said to have gone into the house of one Mr. Tunde Akintide in Old Jeshwang and posed as personnel of the National Drug Enforcement Agency (NDEA), armed with a shot gun.

Sources said after a thorough search of the man's house and finding nothing, they made away with D18, 000.00, a tape deck, a passport and a bank savings book.

According to sources, the two took Mr. Tunde and his wife, Yassin Nyang in their vehicle on the outskirts of Old Jeshwang, around Radio at Mile 7, and asked Mr. Tunde to get down from the car. And as they tried to drive away with the wife, she put up some resistance and she sustained a serious injury on the hand.

They were however charged with armed robbery and impersonation and are expected to be arraigned soon.

It could be recalled that six armed robbers on reportedly hit the in North Bank Region. The six men armed with guns reportedly went to the house of one Alagie Ebrima Bah between the early hours of 2.00 a.m. and 3.00 a.m., broke into his house and demanded money from him at gunpoint. 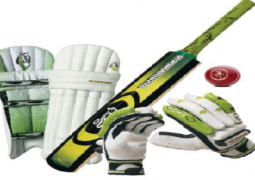