Alieu Badjie and Elizabeth Jarju were on Monday 14th June 2010 arraigned before Magistrate Drammeh of the Kanifing Magistrate Court, charged with stealing in a dwelling house.

The accused, both of whom pleaded not guilty were subsequently granted a court bail in the sum of D10, 000 each with two Gambian sureties each, who must meet the bail conditions.

According to the charge sheet, on 19th May 2010, at Pipeline in the Kanifing Municipality, the accused persons: Alieu Badjie and Elizabeth Jarju stole the following items: Taiwanese passport, master card, 3 membership cards of airlines, yellow fever examination card, insurance card, identity card of Pad/Driver, 30 photographs and an amount of foreign currencies, ranging from Hong Kong, dollar 2000, and CFA 2000, total amount of D20, 000, being the property of one Sean Lers.

At that juncture, the case was adjourned to 22nd June 2010 for continuation. 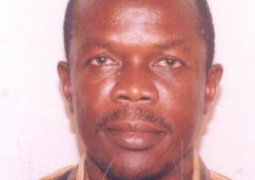