The times are hard. How they came about is more than the explanation of a market slump, when taken into account the nature and the position of a national economy.

The whole world has come under a single market some 200 years back. It was only when the causes of the 1st World War were found in hitherto unknown forces that slumps and rivalries caused world havoc. The vengeance of the proliferation of wars, though it is not a world war is a special instance of the slump.

In this region markets have contracted and reflect in the high costs of goods and credit. These are exacerbated at several levels in factors of work, available work and a longer slag of the business cycle. This translates simply in hardships such as is felt in essential food market basket, dangerous lack of sanitation and endangered health. A pitiful loss of control over life's planning. The remedy for this is in decision making about national economic priorities. If it can be done at this point and studied perhaps is possible to generate surplus in the agricultural economy. This is to correspond with vigorous urban industrialization.

In usual times the luxury of budgeting along tax expenditures and development spending have to give way to affirmative action along regional planning according to internal comparative advantages. For example, the CRR is good in cattle rearing and cropping. North and South of CRR have comparative inter-relationships and can be planned to supply the Saloum trading zone and mill and the Kuntaur grains milling factory. In this way, one sensibly chooses how to meet the World Market according to the nation's competitive advantage. Automatically transport shipping would revive including the piloting of ocean going liners.

It needs the intellectual, commercial, industrial and thinking cream to sit together and deliberate on the problems. It is necessary in a democracy where wealth and authority are in the hands of the many, for government to be seen and seemed unmistakably consultative and in touch to demonstrate the capacity to lead. This is urgent. All will agree. The existing government structures under the Local Government and Lands needs to be re-studied so that the development organs in the regions and the urban areas can respond to the emergencies of the whole world at war, though not a world war.

In the past previous 30 years before the , and which is inherited, committees of governance were based on idyllic African village, traditional or otherwise, which pauperized the villagers. A former Secretary General of Gambia Government, who was the architect, many years on, said of the present situation to come to be like this. As a historian, he explained that vagaries of the systems, such as clouds, yes. But multinationals are special phenomenon. They only land us in war.

Each item in the story line of this piece is confirmed and known economic tool. We have grafted elite decision making for the need to make our ideas in the country airy. The purpose though is driven by needs of the economy.

Provincial Craft Operator Call for Co-operation within the Tourist Industry 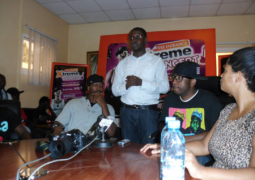 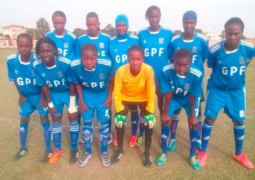