Tujereng, wholost to Sifoe 1-0 in the final last year, came all out for a win against their local rivals Tanji to grab the vital three points to keep their chances of qualifying for the quarterfinal and were able to threaten their opponents’ defence line but failed to make best use of their limited goal-scoring opportunities.

Tanji, on the hand, were absolutely superb and solid at the back but were very weak at the upfront. They also created copious scoring opportunities but failed to utilize their limited chances thus the game ended goalless.

Tujereng and Tanji are leading group B with a single point each in one game after their goalless draw at the weekend, and Nyofelleh and Mamuda are with zero point but are yet to play a game in the competition.

While reigning champions Sifoe and Jambanjelly are languishing with zero points as they are yet to play a game in the championship, they will be hoping to win their upcoming games to keep their dreams of making it to the quarterfinal. 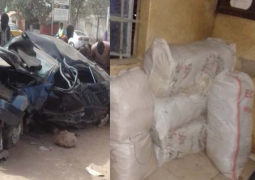