ADAMA BARROW address to the nation 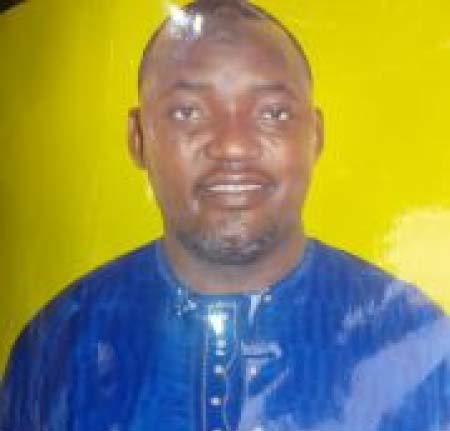 My Fellow Gambians, I wish to convey to you on this historic day that my Candidature is a symbol of National Unity and I intend to work, hand in hand, with the Coalition partners to unify a divided nation.

There is no need for tension to build up between tribal and religious groups. We are all equal in citizenship. Each has one vote. The Coalition is established to create One Nation and One People. This is why I agreed to resign from my party and stand as a transitional president in order to put aside all party, tribal, religious, gender and other differences so that all Gambians could forget what divided us in the past and work to build a new country that would guarantee freedom and prosperity to all.

The position of President is not an ordinary one. I am seeking it to make a difference and give Gambia a new start so that the potential of the country and its citizens would be developed to the fullest.

There is need for change in order to promote and consolidate Democracy, Rule of Law, Good Governance and respect for the Human Rights of our people.

This could only come by putting an end to impunity and self perpetuating rule characterised by one round of voting, absence of two term limit, detention without trials, disappearance without trace and contempt for the order of courts aimed at protecting the rights of citizens.

When the state fails to be a protector of its citizens the Citizens reserve the right to change the executive and put into office an executive that is true to its Oath of Office.

I will be true to my Oath of Office, if elected President. I will put a Coalition Government of National Unity in place, to last for three years, that would   respect, uphold and defend the constitution, so that no one would be arrested without due process, detained without trial, disappear without trace or held after being released by court order.

Under our transitional Government the disciplined forces will display professionalism and would not be obliged to be loyal to any ruling party but would be loyal to the Republic and the Citizenry. The Civil service would be Independent and appointments to public office would be based on merit. Courts will be Impartial and Independent. I will not interfere with the Judiciary or the National Assembly. The Media will be free to disseminate divergent views and dissenting opinion. Civil society will be free to hold the Government accountable to the Public.

There will be accountability and transparency in managing the affairs of the country.

To ensure National reconciliation I will grant General Amnesty to all prisoners associated with dissent or civil disobedience as reaction to excesses in administration.

Truth and reconciliation will be initiated to amend past injustices. The Coalition Government will appoint competent persons to work in consultation with the Law Reform Commission to provide guidance on Constitutional and Electoral reforms    so that the sovereign Gambian citizen would enjoy freedom.

The Coalition Government would guarantee free and compulsory education   at the Basic level and make education accessible and affordable at higher levels of the educational ladder.

Primary Health care will be made accessible and affordable at the Village level.

Self reliance in food production shall be a priority and support services in agriculture will be given priority. Industrial Growth would be enhanced and The Service sector given added support to maintain its strong growth potential.

The Coalition Government would improve infrastructure and endeavour to make   utilities such as electricity and water supply accessible and affordable. Technology energy generation and mining will become major industrial activities.

I wish to assure you in three years, the Coalition Government will build a solid foundation to enable any subsequent government to have a new start. We have put all our differences aside in the supreme interest of the people to preserve the principle of one Gambia One Nation. 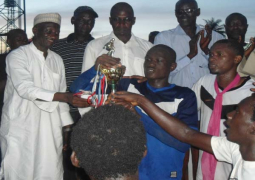 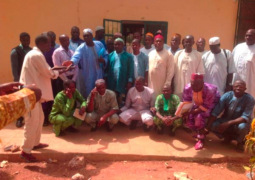