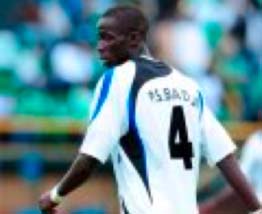 Twenty-nine players drawn from first division clubs have been invited by the Gambia Football Federation (GFF) to the Local National Team and are therefore requested to report for training today, Monday 24 March 2014 and tomorrow, Tuesday 25 March 2014 at the FIFA Goal Project in Yundum.

According to a media release issued by Bakary B. Baldeh, Media Officer of GFF, “a building and strengthening of a local National Team is in the offing as part of plans to technically prepare and expose them to other national and international engagements as sanctioned by the GFF”.

The release added that, as part of ongoing preparations ahead of the National U-20s’ preliminary Qualifiers for the 2015 CAF Youth Championship in Senegal, the GFF has lined up warm-up matches put in place by the Technical Committee.

“The Young Scorpions will begin to hone their skills against a Local National Team on Wednesday 26th March 2014,” the release stated.

“This will be followed by another but final warm-up against Senegalese 1st Division Club Casa Sports on Saturday 29th March 2014.”

Both test matches would take place at the Box Bar Mini Stadium in Brikama at 16:30pm.

“The National U-20 Team is scheduled to play their first Leg Preliminary Qualifier against Liberia on Sunday 6th April 2014 at the SKD Stadium in Monrovia,” the release stated further.

The release, in conclusion, said: “The GFF solicits the support and collaboration of the general public in its development agenda.”