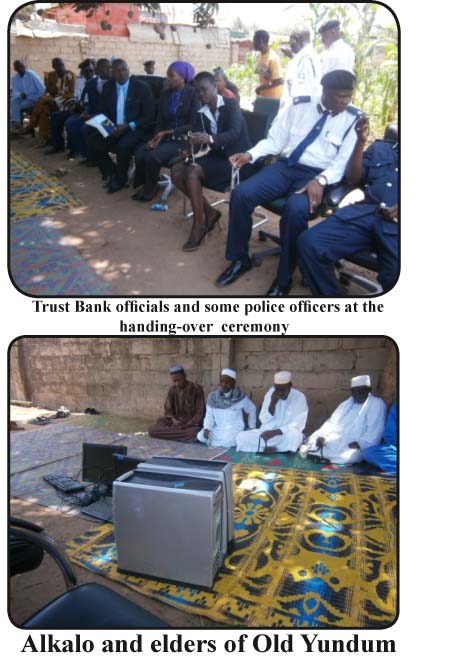 Trust Bank Limited, one of Gambia’s leading banks, Monday handed over office equipment and a collection of building materials meant for the renovation of Old Yundum Police Station.

The materials, which included iron, cement, gravels, sand, computers, office documentation kits, among others, worth D66,535.

Speaking at the presentation, Alex Alasan Gomez, a marketing officer, said the presentation of the building materials to Old Yundum Police Station was geared towards further strengthening the relationship between Trust Bank and the Gambia Police Force.

He said it was pertinent to note that Trust Bank had invested significant amount of funds to leverage on superior technology to provide more access and convenient banking to their customers both home and abroad.

Therefore, they remain committed to offering first-class products and economic opportunities to their clients.

According to him, Trust Bank’s priority areas of intervention continued to be in health, education, sport and the environment, as well as the security apparatus.

“At Trust Bank, we continue to commit our time, energy and resources to the promotion of high security standards in a bid to creating public awareness on the role of the police and the maintenance of peace and social justice in the country,” he said.

He added that Trust Bank’s commitment and support to the security apparatus is sensed, felt and seen in almost all the regions in the country since inception of the bank in 1997.

Over the years, the bank had put significant amount of funds into some major security facilities, all geared towards improving the standards of police stations, as everyone knew the role the police play in national development, he added.

“This gesture further shows our initiative in decentralizing our support to the security forces,” he said. “We are delighted to present material amounting to D66,535, which was used to purchase materials for the renovation of the station to a much higher standard.”

The presentation, Mr Gomez noted, would not have been a reality without the tireless commitment of the staff of the station headed by a committed and dedicated Old Yundum Station Officer ASP Modou Lamin Manneh.

Police Public Relations Officer ASP David Kujabi, in his brief remarks, thanked Trust Bank on behalf of the police force through the Inspector General of Police for taking up the initiative.

The Alkalo of Old Yundum, Mamodou Faye, said he was full of appreciation for Trust Bank for its giant step to supporting the work of the police force, which shows the bank is a real partner in development.

He commended the Old Yundum Police Station for ensuring that the level of crime rates was reduced within his community.

He described the move as a big relief as during the raining season, police officers “find it very difficult” at the Old Yundum Police Station, which prompted the station officer to appeal for assistance from development partners like Trust Bank.

They are very much grateful to Trust Bank for its intervention, he noted, seizing the opportunity to thank the bank on behalf of the Inspector General of Police.

He assured the bank that the materials would be used judiciously for the good of the police station and the community. 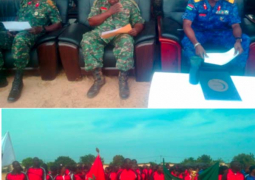 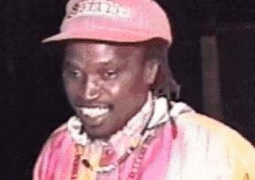 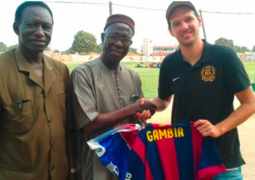