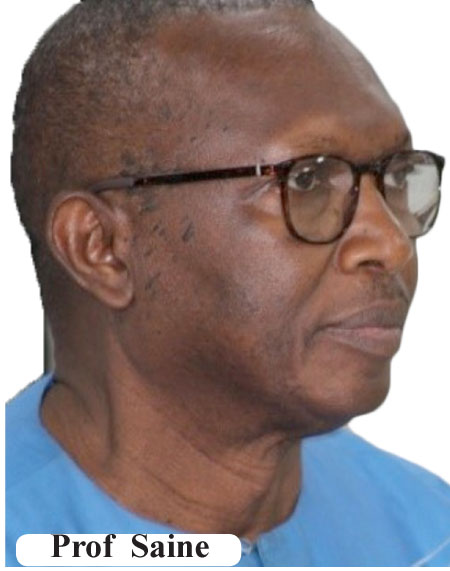 In his Tuesday testimony before the TRRC, Prof. Abdoulie Saine suggested for the inclusion of remedies in Gambia’s future constitution against the discrimination of gays and lesbians in the country, according to Eye Africa.

The U.S.-based Gambian author was speaking on the discrimination and threats meted out on LGBT group under the Jammeh-led government. He said the issue of gay and lesbianism is a big thing not only in The Gambia but in other western countries.

In May 2008, former President Yahya Jammeh said that his government will introduce laws “stricter than those in Iran” against homosexuals and vowed to “cut off the head” of any homosexual caught in the country. In the same year, he gave homosexuals 24 hours to leave the country and commanded “all those who harbour such individuals to kick them out of their compounds, noting that a mass patrol will be conducted on the instructions of the Inspector General of Police and the director of the Gambia Immigration Department to weed bad elements in society.”

Jammeh who is accused of gross human right violations during his 22-years rule of the West African nation once said that any hotel, lodge or motel that lodges LGBTs will be closed down, calling the act as unlawful. “We are in a Muslim dominated country and I will not and shall never accept such individuals in this country.”

There is no explicit section in the 1997 Constitution that mentions “same sex marriage” but the state (police) can use section 144 of the Criminal Code to charge and prosecute persons who are involved in the act.

In addition, section 144(2) states that carnal knowledge of any person against the order of nature” can include-a) canal knowledge of a person through the anus or mouth of a person; (b) inserting any object or thing into the vulva or anus of the person for the purpose of simulating sex; and (C) committing any other homosexual act with a person.

Prof. Saine said gays and lesbians constitute a small number of Gambia’s population, but they are also in demand of their rights. “I think at some point, in The Gambia, we need to consider what kinds of protection gays enjoy. I know it is very controversial but I think the future constitution ought to at least propose some remedy for discrimination against gays and lesbians,” he stated.