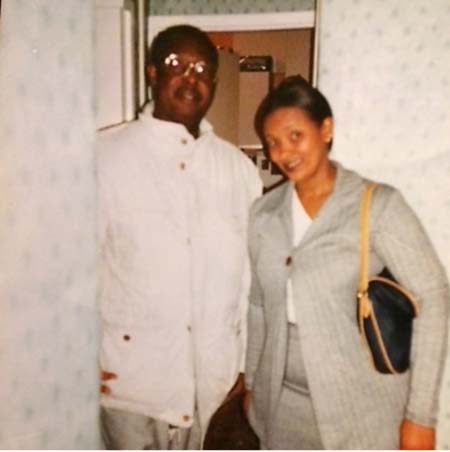 Eleven Years of Anguish - A Tribute to A fearless Dad

On the eleventh anniversary of the callous and cowardly killing of a darling and fearless journalist, who never gave in to threats or intimidation and stood steadfast for his ideals, I wish to pay my respects. DEYDA knew exactly what his job entailed as he did it objectively without fear or favor. All that he did was for the good of the country. He was a true reformer and a real patriot.

To a lot of people DEYDA HYDARA was just another victimized African journalists who just made the statistics, but to us he was the world and a huge part of what used to be a close-knit and perfect family, which makes writing this tribute not only with a heavy heart but brings back the numbness of that fateful night.

When three bullets were launched into him on December 16, 2004, a lot was killed with him, including his 30 years career. He had great tenacity, passion and conviction for journalism, which never let him off the hook to be a loving granddad, a good husband and an excellent dad who listened and always defended the truth.

Thinking back brings anger, frustration and it is totally hard to grasp as the pain it brings after all this time is excruciating, as no one can explain it: unless you have been through exactly the same thing, you wont be able to comprehend such agony.

Journalism is one of the noblest of professions and journalists are respected for the sacrifice they undergo to get information through to the masses, while risking their lives. This is the case everywhere in the world except in Africa, where all that our leaders know is to incarcerate, harass, torture, intimidate and even kill those who dare criticize them.

African jounalists are over-worked and under-paid, endure long tiring hours whilst generating more enemies and are treated as second-class citizens, when tyranny and abuse of office is exposed. They remain the voice of the voiceless and the oppressed, with ethnics and steadfastness without fear or favour, they are the masses' eyes and ears.

That is what DEYDA was. We have seen the bad, the worst and the ugliest sides of some Gambians, who had been transformed over-night and became monstrous like vultures after a prey. When all he was to them was generous and selfless through and through. At the same time we have come to realise who DEYDA's real friends were, and what was real and fake in them.

With time we had to bear the pain of admitting the reality that some people are born scrougers and will always be. so when people say "we are in this together" we can now tell who really means this and the ones who dont. We thank Almighty Allah for blessing us with a very few people who are honest and full of integrity, and have been with us in our plight for justice for the last 11 trying years. We have been calling on the International Community, including International Human Rights Orgnaisations such as Amnesty International, The United Nations, ECOWAS, the European Union and the African Union to take up their responsibilities on the matter.

On this occasion and from the perspective of a victim's family, I thought it would be useful to reinforce once again our plight from a different dimension. We welcome all your efforts, but cant help but think whether recommendations, fact-finding missions, bilateral sanctions, or condemnations are the way forward and whether this is enough for victim's families.

We commend, and with utmost gratitude, the efforts that your organisaions have gone through, but we cannot help but wonder if more could be done. We appreciate the fact that it is not an easy task when the world today is filled with atrocities from all around, which may be seen as more gruesome than our plight, but "nipping it in the bud" would surely prevent it from getting to the level of atrocities you cant ignore.

Also, we would like to acknowledge your dilemma of having to deal with such cases day in day out, but it is hear-breaking to know that the only thing that made my dad sacrifice his life for his ideals was the belief and trust he had in the UN system, Human Rights Organisations and the International Community.

I am pleading that you are able to understand my frustration and the horrific ordeal my family and many other families have gone through in the past couple of years.

Also our gratitude goes to all human rights activists, especially journalists, NGOs and to all who believe in good governance, free speech, democracy and justice and press freedom.

I wish to take this opportunity to also wish a Happy 24th Anniversary to The Point Newspaper.

We thank you all for the continued support and hard work.

Thanks to the entire staff, publishers, friends and advertisers especially Uncle Pap Saine and Mr. Philip Kotey for continuing to keep the candle alight.

At the risk of repeating myself, a dad like you is hard to forget, you will always remain the only constant thing in our lives, as it will take more than 3 bullets to forget you.

Until we meet again, you will forever be the best man in my life.

Pa has left you in charge of his grand kids and they need you more now than ever. so please stay strong and remember what they said: "Enjoy your Birthday Granny" that is what Papa would have wanted. "We love you, admire your courage and always thank Pa for choosing you.

It has been eleven long years since we have all lost a dear father, husband, grandad and friend. I have had to grow up without my dominant paternal figure there to support me through the stages of my life, where I have needed his help or opinion. Now at university, it would have been nice to get help and ideas off grandfather, as he is experienced within my field of study, and so is my grandma but not in the media side of my course. It hurts me every time I think about how hard it could possibly be for me to become a journalist, or learn the tricks of the trade, when I don’t have the person who has been through all that and had accomplished so much in his life to support me.

It also hurts, when my friends receive letters from their grandfathers, and I’m always thinking that if my grandad was hear he would send me a lot of letters to see how I am getting on with my studies and other stuff.

But as a result of murderous thugs I have missed out on these opportunities. I would give anything to have my grandfather back; university and everything else I would give up just to chat and go on trips with him again.

All my grandfather wanted was equality, democracy and freedom to all. What decent person would say no to that? Unless you’re a backward minded fool. At least he was brave and courageous enough to sacrifice himself for his fellow people. I may not have a grandfather, nor my sister and cousins, but we have a hero and saviour of press freedom within our blood, and in our generation no one will be able to stop us from exercising it.

I’d like to say Happy 65th Birthday to my granny! She’s been the backbone of this family and an aspiration to those who may be in a similar situation to us. She has not been able to celebrate well because of these cowards (I hope the guilt painfully eats away your soul leading you to dark and desolate place, Ameen!) which I am sure my grand dad would have been like: “Maria, why are you letting these cowards stop you from having your day!”

Previous:
SJAG delegation back from ANPS Award
Next:
Mbye Jabang bounces back as CPCU coordinator