The Assembly of the African Union, at its extraordinary session held in , , last Friday, to review the state of peace and security in , deliberated on the situation obtaining on the continent on the basis of the report of the Chairperson of the Commission.

The Assembly noted that the present session was taking place in a particular context, marked by profound changes in Tunisia and Egypt, the serious conflict facing Libya, as well as the situations in Somalia, with the imminent end of the transition, and Sudan, with the persistence of the Darfur crisis and the threats that the current tension in Abyei poses to the progress made in the implementation of the Comprehensive Peace Agreement (CPA).

The Assembly welcomed the progress made in the implementation of the Tripoli Declaration of 31 August 2009. It reaffirmed the relevance of these documents, and stressed the need for all stakeholders to continue to work for their expeditious implementation.

More specifically, the Assembly welcomed the developments in and , and stressed that they provide an opportunity for Member States to renew their commitment to the AU agenda for democracy and governance, to inject additional momentum to efforts being exerted in this regard and to implement socio?economic reforms adapted to each national situation.

The Assembly also reiterated the need to assess the status of implementation of the AU instruments relating to democracy, good governance and the rule of law, in order to enhance their effectiveness and to adapt them, if necessary, to changing circumstances in the historical evolution of the African people and the progress made in the achievement of the strategic objectives of the AU. The Assembly looks forward to the recommendations that the Panel of the Wise will submit in this regard.

The Assembly welcomed the restoration of constitutional order in and , the self?determination referendum in southern and the Sudanese Parties’ commitment to build two viable States living side-by-side, in peace and good neighborliness, and working together to address common challenges, as well as the end of the post?election crisis in .

The Assembly urged the Parties to the CPA to spare no effort to overcome the current difficulties in Abyei and successfully conclude the negotiations on the outstanding aspects of the CPA and the post?referendum arrangements, under the auspices of the AU High?Level Implementation Panel (AUHIP) on . It stressed the need to reinvigorate the search for peace in Darfur, including through the immediate launching of the political process, under the auspices of the AUHIP.

Having hailed the gains made on the ground by the forces of the Transitional Federal Government (TFG) and the African Union Mission in Somalia (AMISOM), the Assembly called upon the Somali leaders to overcome the divisions within the Transitional Federal Institutions (TFIs) and focus on reconciliation, in order to rise to the expectations of the Somali people. It requested the PSC, in consultation with IGAD and the Somali stakeholders, to meet as quickly as possible to take the necessary decisions on the issue of the end of the transition and post?transition arrangements.

The Assembly expressed deep concern at the serious humanitarian situation in due to the prevailing violence and the current drought, and appealed to all and the international community as a whole, to provide the required assistance to the affected populations.

The Assembly stressed the need for renewed efforts to consolidate peace, wherever it has been restored, and to prevent conflict. In this respect, the Assembly reiterated its call on all Member States concerned to provide the necessary cooperation to the relevant AU organs. The Assembly also underscored the importance of structural prevention of crises and conflicts, both through the implementation of the relevant AU instruments and the acceleration of the socioeconomic integration of the continent and promotion of the well?being of its people, including through the development of infrastructures.

In light of the lessons learned from the attempts to marginalize , the Assembly stressed the need to affirm and promote African leadership in managing and resolving the crises affecting the Continent. It urged the AU partners to accept and work towards strengthening this leadership and African ownership, as a condition for the sustainability of progress made in the quest for peace and security on the Continent.

In this context, the Assembly acknowledged the need for continued efforts to strengthen the effectiveness of the initiatives of the continent in the area of peace and security, including ensuring that the AU, through the PSC, promptly seizes itself with the various crises and conflicts facing the Continent and take the necessary decisions.

The Assembly also agreed on the need to mobilize increased resources from within the continent to support the AU Peace and Security Agenda. It requested the Commission to submit, as soon as possible, concrete proposals in this regard. In the meantime, the Assembly urged all African countries to make voluntary contributions to the Peace Fund, while encouraging the Commission to explore additional sources of financing, as envisaged under the sustainability programme of the Year of Peace and Security, as endorsed by the 15th Ordinary Session of the Assembly of the Union, held in Kampala, Uganda, from 25 to 27 July 2010.

Finally, the Assembly stressed the need to strengthen collective African action within the AU and the need to maximize the effectiveness and impact of the AU contribution in the UN Security Council, pending the much?needed reform of the Security Council, to ensure that ’s positions are duly taken into account.

In this regard, the Assembly requested the Commission to submit to it proposals on ways and means to better coordinate African positions in the Security Council, and ensure that they further reinforce the decisions taken by the PSC and other relevant organs of the Union. 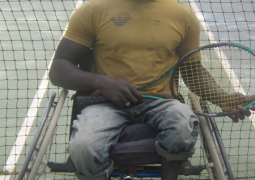