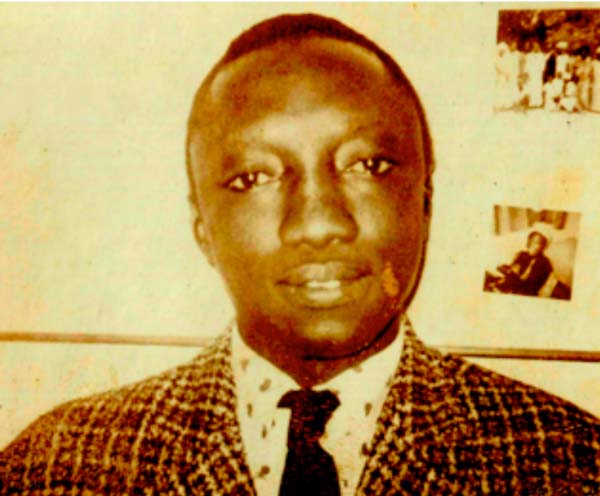 Sunday 29th November will mark 7 years since you departed Alamu Naasoot to answer to the call of Al Jabar. “Innalilahi Wa Inna Illaihi Rajioun” To Him we are from and to Him we shall return.

Tribute to a passionate teacher, an educationist and an impressionable gentle man who left a legacy that is highly cherished and embraced. He chose teaching over all professions with the objective of offering selfless service to humanity and his Country. A.A.Njie was endowed with knowledge, understanding and wisdom and a visionary who never compromised education over laxity. He was a reputable and distinctive personality who enjoyed the platform of scholars’ and benefited from the ocean of their thoughts, knowledge and wisdom. An illustrious son and an erudite educationist who served his country well for more than 30 years before he answered to the call of the inevitable. He was a quality qualified teacher who commanded an ego of leadership, honesty, intelligent and easy to grasp things, capable of sustaining mental efforts under pressure at all times. He was a man with good repute disposition and was one of the best quality teachers during his life time in the education sector then. He was a sample teacher who was posted at Yundum College now Brikama college to assist teacher trainees to become mastery of their occupation. A renown teacher who devoted all his precious and quality selfless time to humanity with due deligence to positively inspire and transformed the lives and livelihoods of people and enormously contributed towards eradicating illiteracy in all facets of the spheres. Hailed from the City of Bathurst (Banjul), in the year 1937 named after the former Vice President of the first Republic A.B. Njie. A.A. Njie is the son to a successful trades man (Sandigie Njie) and Ajaratou Rohey Njie who was determined and committed to ensure that her kids were well brought up as a single mum. He was an epitome of virtue who resoundingly imparted knowledge on his students. He was a man well grown to intellectual heights and he delved deep to debt of wider curiosity and expanded socially, spiritually, mentally and would spend valuable time reciting the Holy Quran. When he spoke everybody listens, when he articulated people cherished his way of thoughts and his arrangement of vocabulary to suite the purposes of his topic. As I attempt to put this piece together, I found it extremely difficult to gather thoughts, encounters, and experiences and reflected on issues to finally come up with something that genuinely reflected on who he was as a person. He appreciated his experience of rotating as a teacher from the City to Faraba Bantang to Yero Berri Kunda (YBK) to name a few and to his favourite Serekunda Primary School. Students would be engaged in early morning mental and physiological drills with observations on tidiness. Punctuality of the student was never compromised for anything but genuine reason or reasons and he was very particular with students’ achievements, academic excellence and their level of understanding of the subjects being taught during and after class. He would always rejoice to see his students excel in life and held on to responsibilities and progress resoundingly. Even going to Dara, he would check on us before we left and invited each one of us to read from his/her slate his/her verse /sura and you would see him profoundly happy to assist and see each one through. He was keened on the level of progress of his children in school and in Quranic education (Dara).He used to pay special attention to the wellbeing and comportment of humanity and his neighbours. He cherished his family and disassociated himself from any irrational activity. Education as an Educationist was his concern and ever opened to support. As a notable Banjulian, out of grave concern and being fully aware of the value and essence of education and seeing the number of young Banjulians dropping out of School, he conceived the idea of establishing a Banjul own School which is named after Garba Jahumpa, serving as part of the solution to inject these young leaders back to the nucleus of learning. He approached the Banjul City Council and presented his lofty ideas and wishful thinking to see to it that the plight of the sons and daughters of the tax payers are properly looked after.

Amazing is your little 8 year grandson AHMADOU, who would vividly keep telling me that he, knew you and identifies your favourite place of seating in the house. Dad I will wrap up to say that your children missed you greatly and our fervent and solemn prayers are ever with you. We are born to live in this duniya once and living once implies a life with total submission on the path of Siaratul Mustahim. You have succumbed to the call of “ Inkuli Nafsin Zayihatul Maout” which is inevitable and a must answered call. Putting pen to paper is very difficult for a befitting tribute to a man who has done so much for his people and country though it meant little to you. I will attempt to scribble few out of the little I knew of you. The testimonies that I often come across from time to time are heart-warming and at the same time a challenge to emulate the good virtues embedded in you. In His certificate of service after voluntarily retiring as Senior Education Officer, Mr Musa Fatty wrote “A.A. Njie throughout his career in the Ministry, he maintained a high standard of work and conduct. He always applied himself diligently to all his assignment and produce commendable results. His relationship with his colleagues was very cordial due to his frank but very pleasant character”. He was an exemplary teacher at his time in the education sector.

The rest is now history because he has definitely achieved a lot in his life time. Councillor Emmanuel Williams AKA Manu Kumba would proudly expressed that A.A. Njie ,as my mentor was a pious gentleman and a Muslim who followed his religion , and encourage others to do the same hence my relationship with him was one of which he encouraged me on how to pray even though I am a practicing Christian. He was a modest individual contented to what he had and believed in the adage to “cut your coat according to your size” and this was his way of life, which is a good sample for many people.

He dedicated all his life time on training and to improve the living conditions of other people around him, and this was the one of the ways he brought up his children. He was very rigid in one of the subject he loved so much that is English and he would listen for you to speak carefully and he was always ready to pinpoint what you needed next. He was meticulous in the way one would write English and he would always prepare to cross the T’s and dot the I’s. Soon after his retirement as an educationistwith the collaboration of the then Mayor of Banjul Alhagie Kebba Conteh, he gathered the people of Banjul and embarked on the journey of setting up Adult learning(Adult literacy) and taught people how to read, write and speak English on gratis. People were appreciative of him in the education sector which motivated others to become members of his adult school.

Although the project was self-sustained and all expenses were born by him, made it compulsory for the participants to attend each night from Monday to Thursday. People appreciative of his efforts in this regard, his literacy participants called him along teacher Njie ‘’MU BAAH MI” meaning the very good teacher who knew his job very well. As I mention interalia that he was a meticulous man, he would always want to know how things began and ended. A.A. Njie grew up in a family where religion was the focal point and this was the way he brought up his children and encourage them, to organize Islamic classes commonly called (DARA) which is presently run by one of his children.

As a staunch Muslim he was well versed in the Holy Quran and would always quote from the Quran when he spoke during debates and deliberations. This was the way he brought up his family, his brothers, sisters and closed relatives. He was calm and a firm individual who would always prefer to speak his mind irrespective of what .He was a man who dedicated his entire life in upbringing of his family. He was a modest gentleman, caring, loving, contented and sharing, the hallmarks of his very being. He knew that life everywhere and everywhere is fraught with problems and once success is dependent upon the amount of determination and resolution coupled with genuine efforts to meet great odds as would present them from time to time.

Mr. Njie followed this pattern as a way of life to climb the ladder of success and he was undoubtedly an apex of peace, an emblem of progress and a symbol of justice. His whole live was based and built upon equality and for him we are all equal to God despite our similarities and difference .He was a man who dedicated his life to the services of God and humanity. He used remind me that whatever we do we must bear in mind that one day we will all go in our respective turns, one by one to Almighty Allah where we will be judged for past deeds. His last service to the nation up to the time of death was a commission member of the industrial tribunal.

I ask Thee in His infinite Rahma to accord you a place in Janatul Firdaws Bi Barakati Mustapha (SAW) …Continue to Rest In Peace Dad till we meet on the Day of Khiama….Aaamin…… 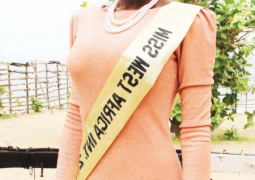 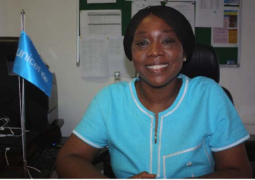