In a letter jointly signed by the National Veterans President, Mr. Amadou Touray, and Interim Chairman of National Sports Council, Mr. Mustapha Alex Da Costa, the Gambian hosts of the latest edition of the Veteran football Sub-regional Tournament conveyed their heartfelt sympathy to the family of Mustapha Ndow, a Mauritanian goal-keeper who died in a road accident while the Mauritanian team was returning home by bus after the tournament. A full text of the message addressed to the Mauritanian Ambassador to The Gambia, is reproduced below:

"It is with a profound sense of loss and sympathy that we learn of the demise of our dear friend and brother, Mr. Mustapha Ndow, who was involved in a road accident as his football team was making the homeward journey from Banjul where this year's sub-regional veteran's football tournament was held, 20-24 July 2009.

Mustapha moved gracefully among his fellow delegates in a way that won him many friends and admirers. As a goalkeeper for his team, one of the last things he did was to fondly hug, exchange shirts and personal telephone contacts with his counterpart the Gambian goalkeeper. Like the rest of his team mates, he was a true ambassador of . He and his team won the 'Fair Play' trophy at the tournament, an attestation to their good sportsmanship, conduct, and brotherly and kind disposition.

On behalf of His Excellency the President of the , Sheikh Professor Alhaji Dr. Yahya A.J.J. Jammeh, the Honourable Minister of Youth and Sports, Mr. Sheriff M.L. Gomez, the Government and the People of The Gambia extend deepest condolences to his family and relatives. We hope and pray that he has eternal rest in Allah's kingdom.

Finally we wish his friends, teammates, the Government and entire people of our deepest condolences.
May Allah's comfort and strength provide them with courage to see them through this period of grief." 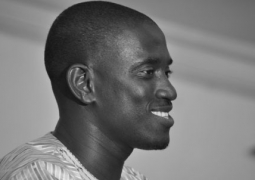