Magistrate Bojang of the Kanifing Magistrates’ Court on 20 August 2014, adjourned the case involving one Ensa Saidy, who was charged with stealing from a motor vehicle, till 25 August 2014, for judgement.

This followed the completion of the evidence-in-chief of the accused.

Continuing his testimony, the accused told the court it was not true Yunus Komma, the complainant, and the white lady met him at the cashier only after they completed their shopping at the Kairaba Shopping Centre.

Lawyer Omar Njie, who was representing the accused, put it to him that Mr Komma said that after they discovered the items missing, the accused said someone could have used a master key to open the car, but he denied saying so.

The accused also denied that he told Mr Komma there was an old man who was standing near the car.

He also said he did not tell Mr Komma that the old man subsequently went into a compound, adding that he did not open the gate and entered.

Ensa Saidy said he did not tell Mr Komma that he (the accused) spoke with an old man in the compound.

He adduced that he had nothing to do with the items that were said to have been stolen.

Under cross-examination by the prosecuting officer, Sergeant 335 Nying, the accused told the court that it was correct that he took Mr Komma and the white lady to Kairaba Shopping Centre.

“I put it to you that their bag was in the car,” the prosecutor challenged him.

“I did not see their bag,” Ensa Saidy replied.

At this juncture, Lawyer Omar Njie announced that this was the case of the defence.

Magistrate Bojang then adjourned the case till 25 August 2014, for judgement.

Earlier, Lawyer Omar Njie made a no-case submission on behalf of the accused after the closure of the case of the prosecution.

But Magistrate Bojang ruled that Ensa Saidy had a case to answer, and ordered him to enter into his defence. 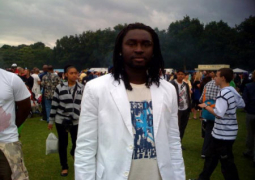