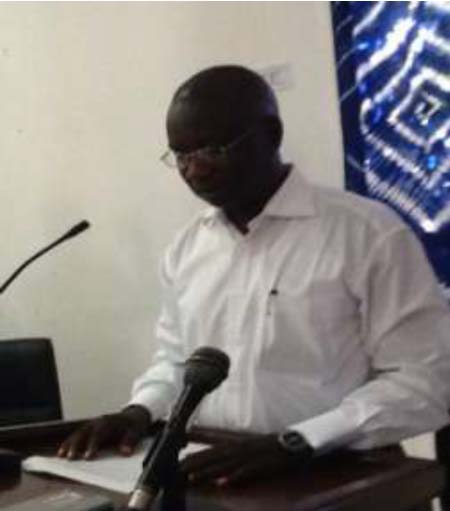 Experts and stakeholders from the natural resources sector recently launched the Gambia’s first Biological Records Centre at a ceremony held at TANGO conference Hall in Fajara with support from the UNDP/GEF-SGP support.

According to officials of the Wildlife and Conservation Trust (The Gambia) the centre would serve as a records centre for biological species (plants and animals) to keep information for planning, research and other purposes.

“We are humbled by the Trust and confidence bestowed on us for allowing us help in our own small way to setup a Biological Records Centre for The Gambia,” said Modou Faux, project administrator.

According to him, the Wildlife and Conservation Trust was established and legally registered in 2010; as a charitable organisation to protect and conserve The Gambia’s fauna and flora.

He noted that the ultimate objective is to complement the efforts of their partners and collaborators by establishing a Biological Records Centre for The Gambia for the first time in the history of the country.

He said computerised database records of numerous species of wildlife found in The Gambia and to be able to cross reference these species with habitat data, dates, locations, etc. to enable access to information in a wide variety of formats.

“There is already a great deal known about the birdlife of  Gambia but even within this field of study the amount of factual data is very limited and to be accessible to all and at anytime,” he added.

He said one of the key issues that the project seeks to address is that thousands of tourists visit the country every year and make observations, either independently or with the aid of bird guides, and valuable data could be generated since birds populations fluctuate annually and careful analysis is needed to discern both short-term and long-term trends in population numbers.

a) Reporting needs (e.g. for the country’s Biodiversity strategies and habitats directive. b) Produce evidence of factors affecting Biodiversity.

The beneficiary target local communities, Government Departments, Organisations and NGO’s providing verifiable data policy implementation, the University of The Gambia and the education system where data obtained can be used by students for practical study and specific research projects.

Data gathered and evaluated through this scheme will be published in the local media and international scientific community to raise the profile of the country in this arena.

The UNDP, through the GEF project, has this year awarded a grant to Wildlife Conservation Trust, for the latter to implement its outlined programmes of activities on biological record centre.

Speaking at the launching of The Gambia’s first Biological Records Centre, Mr Bojang said the GEF Small Grants Programme has since inception in 2009, committed more than US$1.8 million to environment-related projects in Gambia. It has funded forty community-based initiatives across the country.

“These projects have targeted mainly poor and vulnerable groups and communities, and have contributed greatly towards environmental restoration and improving sustainable livelihoods,” he said.

Engaging a professional environmental journalists’ organisation like Wildlife Conservation Trust, Mr Bojang noted, is important to the successful implementation of their programmes.

The GEF Small Grants Programme was established in 1992, the year of the Rio Earth Summit. 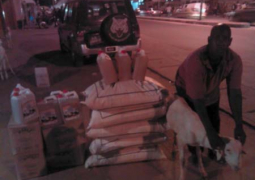