Honourable Sidia Jatta, the National Assembly Member for Wuli West and a former Presidential candidate for People's Democratic Organisation for and Socialism (PDOIS), has said that travelling in is a nightmare.

Honourable Jatta who was speaking on Wednesday at the National Assembly on the ratification of a Bilateral Air Traffic Agreements between the Government of the Republic of the Gambia and the Republic of Guinea Conakry and others, said such difficulty is one of the reasons why the founding fathers of the Organisation of African Unity now the African Union advocated the need for collaboration in certain domains of developments, particularly transport.

According to Honourable Jatta, the interesting thing about this agreement is the promotion of what some people have been advocating, that is the five south-south agreement, which he said, are not easy to be followed.

"What is interesting about this agreement is that the promotion of what some people has been advocating for that is the five south-south co-operation and this is exactly in that direction," he maintained.

In the view of the Wuli West NAM, it is long overdue for this agreement to take place, hence not every country can easily start operating a travelling company.

"I think it is long overdue for such a thing to take place, because it is not every country that can easily start operating travelling companies. But countries can put their resources together both human and materials, hoping that the establishment of such structures will facilitate travelling within the continent, particularly within our sub-region without much difficulties", Hon. Jatta said.

He, however, expressed optimism that when the agreement is implemented, it would become easier for one to travel from to , to or to . 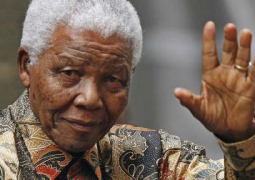