Fakebba Darboe, Officer Commanding CID in the Western Region on Tuesday testified in the trial of Morro Gassama, Nuha Darboe, Foday Bojang and Jamudou Bojang who were charged with alleged arson, conspiracy, and threatening to burn.

In his testimony OC Darboe told the court on 29th January 2009 that while he was at the CID office at midnight, he received a telephone call from the police commissioner, Ousman Jatta, that the Alkalo of Jambure had sent a message to him that some youths of the Jambure village, including accused persons Morro Gassama, Huha Darboe, Foday Bojang, Mamudou Bojang and Tapha Bojang said to be at large said that if he the Alkalo did not bring their people back they would burn his house.

He said the following day on 31 January 2009, he received another telephone call from another CID officer who again informed him that he was called by the Alkalo of Jambure, Kebba Juju Bojang who told him that his house was burnt down by fire, and he said the Alkalo said he suspected the accused because they threatened him that they will burn his house if the witch Doctors did not bring back their people.

He said after receiving that information he and the officers left for Jambure again upon their arrival at Jambure they found the fire was put off. He said in his observation the door, door mat, and curtains were burnt. He adduced that after the incident, Morrow Gassama and Foday Bojang reported to the police station at will and Foday confessed that they had a meeting at the Bantaba and agreed that if the Alkalo did not bring back their people they would burn his compound. 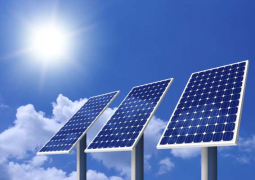 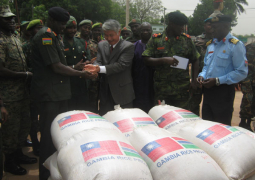