Our President has just returned from a visit to one of his friends, President Denis Sassou Nguessou in Congo Brazzaville, where he went over the weekend and during the Easter Holiday.

Both Presidents discussed salient issues ranging from the peaceful national elections in The Gambia to the myriad of conflicts across Africa and the AU’s efforts at leading the African continent into the realm of oneness and regional integration, through the 2063 Agenda which calls for the transformation of the continent and the construction of “the Africa we want”.

Their discussion also touched on global issues such as terrorism and the like, and how they should work together with other world leaders to combat it.

While the issues discussed are laudable and of serious concern to all Africans and people in Africa, our fear is that realizing some of these ‘good plans’ is difficult to see.

Over the years, our African leaders from north to south and from east to west and central have been good at putting in place good plans that are hardly realised at the end of the day.

For instance, the conflicts in South Sudan, Democratic Republic of Congo, Burundi and Central Africa Republic are largely perpetuated by some African leaders and other statesmen who want power at all cost.

The 2063 Agenda, which calls for the “Africa we want”, would come and go without achieving the Africa we want.

Regional integration, which should be embraced sincerely, by all, to reap the benefits of it, is given less attention by African leaders.

Year in year out our leaders in Africa keep talking about the same isues and realizing less tangible results as the years run by.

So we would like our President and his friend in Congo Brazzaville to note that realizing objectives such as ending conflicts in Africa and fighting terrorism are somehow insurmountable tasks leaders would always find difficult to unraveled  and find solutions to.

So we are just sending a word of caution to our leaders to be mindful of what they say and do, even as the two leaders have pledged to work together to promote dialogue to guarantee peace and stability.

However we wish all our leaders well, and pray that their dreams and plans are realised for the betterment of Africa and her people.

It is said where there is a will there is a way. So it is possible if our leaders in Africa are genuine about what they say and try to do.

“Promises and pie-crust are made to be broken.” 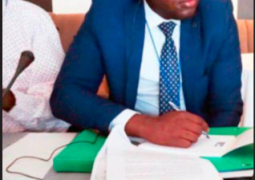 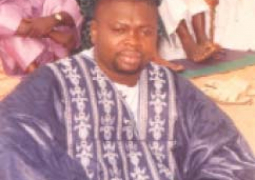