The Minister of Trade and Employment, Abdou Kolley, has disclosed thatthe Ministry of Trade has always been working hard to ensure vibrantcompletion in Gambian markets, which is why it spearheaded the passage of the Competition Act 2007.

The Act, he noted, is out to enforce fair competition in all areas of the economy based on the interest of the consumers and promoting increased productivity, innovation and sustained economic growth and development of the country.

Minister Kolley was speaking on Tuesday at stakeholder’s validation workshop held by the Gambia Competition and Consumer Protection Commission (GCCPC) for stakeholders of the tourism industry to discuss and validate the tourism market study, undertaken by the GCC, in conjunction with GTBoard and other tourism stakeholders to ensure fair and decent competition in the industry.

The Trade Minister further said the benefits of competition in markets are rarely questioned and as a ministry they are aware that market competition is the life force of a modern economy.

According to Minister Kolley, the workshop was a commendable initiatives towards increasing awareness about competition law amongst the tourism fraternity because workshop like this one would contribute substantially to the spread of the competition culture and improving levels of compliance of the Competition Act which in the end would be beneficial both for the economy, as well as individual business themselves.

He also said they want a healthy competition in all sectors of the economy, adding that “competition does not emerge on its own”, stressing the need for independent agencies like GCCPC to ensure that the playing field is level, that barriers to entry are low and the rules of the game are reasonable.

This was why, he continued, section 15(k) of the Act which calls for market studies was very apt in that it allows them to look at policies and enforcement at the same time, and market study is one of the ways the GCCPC promotes competition in the economy.

According to Minister Colley, the aim of the market study was to assess competition in a particular area and recommend ways of improving it to the benefit of the economy and consumers in general.

“The GCCPC is mandated by the competition Act 2007 to pursue any evidence of cartels, abuses of dominance and other illegal anti-competitive activities in any sector of the economy and I am confident that they will continue to do so,” he said.

Minister Colley said GCCPC needs the partnership and support from all institutions ranging from government, industry and consumer associations and professional institutions and many others to succeed in its mandate.

The Director General of Gambia Tourism Board, Benjamin Robert, said the report was timely and perfect which he said depicts the real fact, as the growth of tourism competition among tour operators and hoteliers are very key.

DG Robert however pointed out the dominance at certain players over others in the hotel industry an example of which was the Gambia tours which enjoys 50 per cent of the market shares. 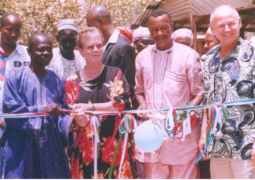 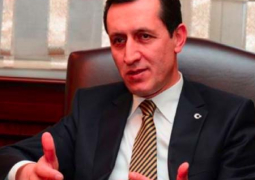