The Gambia’s Scorpions will face Chad or Tanzania, Morocco and Didier Drogba’s Elephant of Ivory Coast in the World Cup Preliminary Rounds following a draw held in Rio de Janeiro in Brazil on Saturday.

The Gambia’s national football team (The Scorpions) is one of the African teams that will be fighting for qualification to the 2014 Fifa World Cup whose preliminary draw featured coach Paul Put’s charges in a tough draw in one of 10 second round groups.

The draw has seen The Gambia, who has never qualified for the world’s most prestigious football competition being placed in the same group with North African giants Morocco and Didier Dogma’s Elephant of Ivory Coast.

The Scorpions, who made their closest appearance in the World Cup finals with a win over Senegal two years ago, will be fighting with Morocco and the winner between Chad and Tanzania as well as one of Africa’s favourites Cote D’ Ivoire, who are seeking a third consecutive World Cup appearance.

The Gambia must start adequate preparations ahead of the preliminary rounds if they are to stand the chance of qualifying at the expense of the Ivorian Elephants.

Germany has been the most successful team in the last six World Cup qualifying campaigns, with only two losses in 74 matches

The five third-round ties that will decide who flies to Rio are scheduled for October and November 2013. 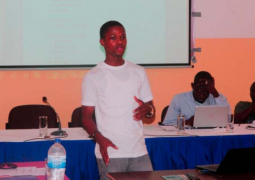