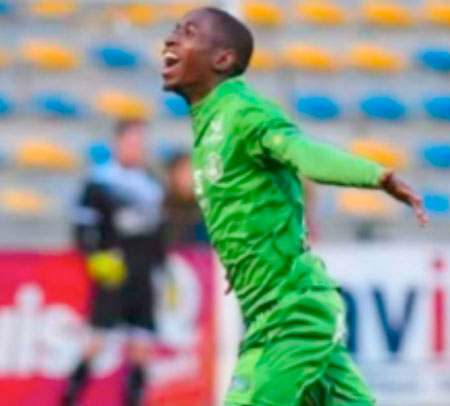 Gambian forward player, Pa Omar Babou has scored his first goal for his Belgian Second Division side, Lommel S.K during their 2-2 away draw with Union Saint-Gilloise.

Lommel S.K drew with Union Saint-Gilloise in their week-nine fixtures of the Belgian First Division B (Second Division League) played at the Stade Joseph Marien in Brussels on Sunday.

The 24-year-old finisher scored his side’s first goal in the 52nd minute of the match as he cancelled Teddy Teuma opener for the home team Union Saint-Gilloise in the 15th minute of the first half.

Jamal Aabbou scored Lommel’s second goal in the 80th minute, while seven minutes later, Pietro Perdichizzi restored purity for Union Saint-Gilloise after a fine finish in the 87th minute, forcing the game to a 2-2 draw.

Pa Omar Babou, Gambia U-23 captain signed for Lommel S.K. from Israeli side Ramat HaSharon this season after scoring 3 goals in 10 matches for the Israeli team last season.

The former Banjul United attacker has expressed delights for scoring his first goal for his new team (Lommel S.K.), noting that this is a continuation of where he stops from his last club.

“I am very happy to score my first goal for Lommel S.K. and now I am looking forward to scoring as much as I can before the season ends,” he said. 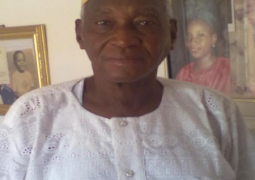