Once again we have a clear indication of the impact of the Global economic crisis on our economy here in The Gambia. The International Monetary Fund revised its forecast for global growth to 0.5 percent, a record said to be its lowest since the Second World War. Latest data also indicated that the IMF projects growth in advanced economies to contract by 2.0 percent in 2009 whilst in Sub-Saharan Africa, output is expected to expand by 3.5 percent, down from 5.4 percent in 2008.

Here in The Gambia we are in many ways almost powerless to shape our economic destiny as we are so dependant on imports. This said if we are careful in our economic policies we may be able to avoid the worst of the crisis.  "The sharp decline in global economic activity is likely to exert a drag on growth in The Gambia as economic growth is expected to be modest in 2009," Mr. Bamba Saho, governor of the Central Bank of The Gambia said last Friday.

At a press conference organised by the Monetary Policy Committee of the Central Bank, Governor Bamba Saho noted that data on government fiscal operations indicated that revenue and grants amounted to D3.6 billion in 2008 compared to D3.7 billion in 2007. The decline in revenue and grants, he added, was on account of the decrease in indirect tax and non-tax revenue, and the less than excepted grant receipts. While we will all be disappointed by the fact there has been a decline we can take heart from the fact that its has not been a sharp drop.

This is not a good situation to find ourselves in but we must try and make the best of our situation.

Careful economic management and prudent fiscal policy may be our only hope in the coming year. We must do our best however because ultimately this crisis will pass. When it does we must try to be in the best position we can to make economic gains in the global economy.

"A banker is someone who lends you his umbrella when the sun is shining and wants it back the minute it rains."

Previous:
Another weekend of League One Action Ahead
Next:
APRC Vows to Take Wuli West 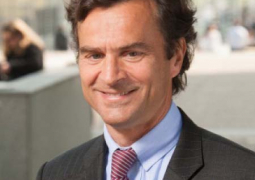