The Governor of Upper River Region, Omar Khan, has said that come 2011 general election the APRC will win with a landslide victory in one of the country's opposition strongholds Wuli West.

Governor Khan was speaking to this reporter yesterday following reports of a massive defection of opposition supporters in the villages of Fadia Kunda, Bajonkoto and Nyakoi Sutukonding all in Wuli West.

According to governor Khan, if the trend continues with more people of this magnitude shifting allegiance to the APRC in the district the party is assured of a landslide victory.

Meanwhile, addressing a mass political rally in Sutukonding, where a majority of the village is said to have defected, Governor Khan hailed the defectors for what he called a 'wise decision'.  He told them that the APRC's doors are open for all Gambians.  He used the opportunity to inform the gathering about the achievements registered by the government particularly in the areas of health, education and agriculture.

He assured them of government's continued support while advising them to work together for the development of their area. "A few years ago if some one told you that the people of Sutukonding will today join APRC you wouldn't have believed it," he said. He revealed that in a few days time similar rallies will be held in Fadia and Bajonkoto respectively. He thanked the people of Sutukonding for providing lunch for all the guests and the tumultuous welcome accorded to him and his delegation.  He further revealed that the long standing Alkaloship crisis of Sutukonding has also been resolved thus the former Alkalo Kemo Jatta is redeployed as Alkalo. 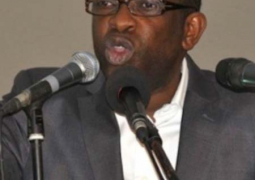