The controversial statements attributed to the 's new immigration minister, Phil Woolas, regarding reducing the number of migrants coming into the country has been clarified. The immigration minister denied that his statement amounted to a ''numerical cap on immigration'' but that it was instead a reassurance to the public that ''the government's new points-based system would ensure that the upward trend in population would be kept under control.''

The new minister, who in the past stood up for minority groups and other migrants in the country especially those living in his constituency of Oldham East and Saddleworth, has hit the headlines several times regarding the statement described by the press as a 'gaffe'. Nonetheless he came out and flatly denied he had been ''gagged'' especially when he failed to turn up during the famous Question Time on 1 where politicians, regardless of their status, are put on the 'hot seat' to answer questions not only from the panel but also from members of the public.

The new immigration minister said he was glad to be allowed the opportunity to explain exactly what he meant. Some of his colleagues agreed that his comment was ''blown out of proportion'' by some sections of the media. They defended him saying the minister was merely speaking ''in line with his party's new points-based system''. The government always gives the rational argument of pursuing a firm but fair and impartial immigration policy.

Whatever the case, the immigration minister's clarification is being welcomed by civil liberty groups and human rights associations but in spite of such rectification, some of his fellow colleagues are still unhappy about the whole situation and some of them have quickly reacted.

For example Diana Abbot, member of Parliament in Hackney, wrote that the minister's statements might cause misunderstanding within the general public as, according to her, ''some people do not distinguish between asylum seekers, economic migrants, the dependents of people lawfully settled in the country including bonafide citizens.'' Diana said: ''no one has the power or right to avoid those who legally settled to bring their wives and children in, whatever their colour.'' The female MP, who is also a television star, stressed that ''a cap on immigration is not the answer.''

On their part, the church of England and bishops has called wealthier EU countries to create a culture of acceptance for migrants from poorer countries. The bishops noted that, ''willingness to welcome migrants and asylum seekers and their gifts remains an essential element of any civilised policy.''

Furthermore directors in various business industries have disclosed that most of its members believe that ''foreign born workers make a big positive contribution to the economy and rules should be more flexible for them."

It is essential to note that independent immigration experts, commentators and pundits across all spectrum unanimously accepted that the is perhaps the most tolerant country in and the country has been recently commended by the European Union for respecting both European and International Law. The EU praises the for not only opening its doors for migrant workers but also assisting others to settle down and be full members of the society.

The good news for Gambians is that following series of immigration articles by this correspondent urging fellow Gambians to consult solicitors in order to seek legal advice, thereby helping them to avoid any conflict with the new UK immigration rules, solicitors said ''Gambians are now benefiting from such advice by frequently consulting immigration lawyers for guidance and assistance.''

A solicitor close to the Gambian community commended The Point Newspaper for such coverage and stressed a proper comprehension of the new immigration rules. He noted: ''These new rules are so technical that it sometimes confuses us as solicitors therefore that alone may be sufficient for people to seek advice. As a matter of fact The Point newspaper must be commended for using all its efforts to enlighten their fellow countrymen about such issues that is an immense and exceptional contribution."

A senior government official, who spoke to The Point last Friday said: ''Gambians deserve the best. They are hardworking and respected group of people known to be law abiding. So they must take advantage of all the good things offered to them and seek advice whenever necessary."

Meanwhile the number of Eastern European nationals coming into has reduced dramatically according to official sources. Between April and June of 2008, there were 40,000 applications under the 's Worker Registration Scheme for EU nationals, the lowest figure since the A8 countries joined in 2004. During the same period the year before, the number of applications was 14,000 higher. Once again the report commended the government for allowing such migrants the opportunity to enter and work in the country in accordance with EU law.

For those who contacted The Point in The Gambia indicating their gratefulness regarding the immigration coverage, such goodwill message are appreciated, it is also vital to inform everyone that there is a press code of conduct under which this correspondent operates. Both the National Union of Journalists (which this correspondent has belonged to for five years) and the properly monitors such media attention.

Furthermore, the immigration debate is appreciated by the government including the Home Office and immigration as well as all political parties. These institutions are fully aware of its importance and are very happy to discuss the issue with the press. We assure our readers that with the assistance of these stakeholders, who fully respect such rights, our correspondent have access to the information required and will report such vital news without fear or favour, affection or ill will. 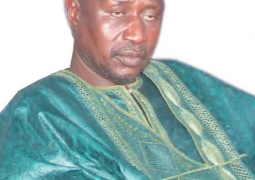