Baba Drammeh has dragged Total Gambia Ltd to the Industrial Tribunal, claiming D42,000 being arrears of salary for a period of 22 months and D500,000 for damages and breach of contract.

He also claimed interest of 21 percent from date of filing the suit to date of judgment, and an additional 4 percent interest up to the date of payment.

The plaintiff stated in his particulars of claim that he was employed at Total Gambia Ltd on 1st April 2003 as a pump attendant at the Total petrol station at Sarro.

Baba Drammeh claimed that he was reported to the police by one Pateh Sillah, an employee of Total Gambia Ltd, and was arrested and detained in February 2009.

The plaintiff further claimed that he was prosecuted at the Bundung Magistrates’ Court and was discharged and acquitted of the offence charged on 30th March 2010.

The plaintiff went on to claim that he was not suspended from work nor dismissed, and has not been paid his salary since his arrest and detention.

The plaintiff, as a result, applied to amend the suit, and his application was granted.

The case was then adjourned till 22 February 2012. 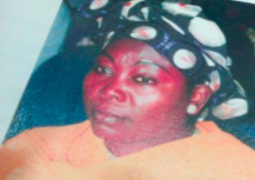