Drama unfolded in the Lower River Region last Thursday when a man believed to be in his 30s was “mistakenly” shot, in an attempt by villagers in Jarra Sutukung village to chase away baboons from their farms.

Ousman Sawaneh, according to police sources in the region, is currently admitted at the Royal Victoria Teaching Hospital after being shot in his leg.

Sources in LRR told The Point that the victim was “mistakenly” shot as villagers attempted to chase away the baboons.

Meanwhile, one Abdoulie Jahabie, believed to be the suspect in the shooting, was said to be in police custody at the time of going to press. 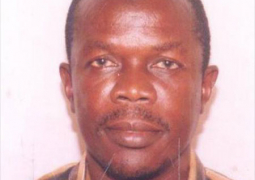