Today, Brikama United will take a long trip to Serrekunda East Mini-stadium where they are scheduled to meet Wallidan in the decisive game of the FA Cup competition with the sole aim of winning the competition to complete a double.

The West Coast Region outfit are undeniably the most outstanding division one team this campaign as they have emerged winners of this year’s league thanks to an impressive 43 points advantage.

They will be setting their sight on maintaining that heroic momentum with a crucial FA Cup encounter with Wallidan, who will take nothing for granted following their failed attempt to win the league.

The Gambia Ports Authority, who finished 3rd place in the league, are expected to rub shoulders with Steve Biko, who survived relegation to the second division in the final day of the campaign after a goalless draw with Samger.

The Bakau giant killers are bent on lifting their first FA Cup title in ten years after winning the coveted trophy in 2001.

They will face tough competition against other title contenders such as Wallidan, Real De Banjul, Brikama United and defending FA Cup champions Gamtel, who will also be in action today.

Biko’s game with the GPA is due to take place at the KG5 Mini-stadium in Banjul.

However Coach Abdoulie Bojang’s star studded Biko might be without the service of first choice goalkeeper Musa Touray, who is ill at the moment.

Elsewhere, Bakau United will be hoping to bounce back following a disappointing campaign after a promising start in the early part of the league. 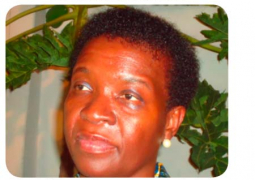