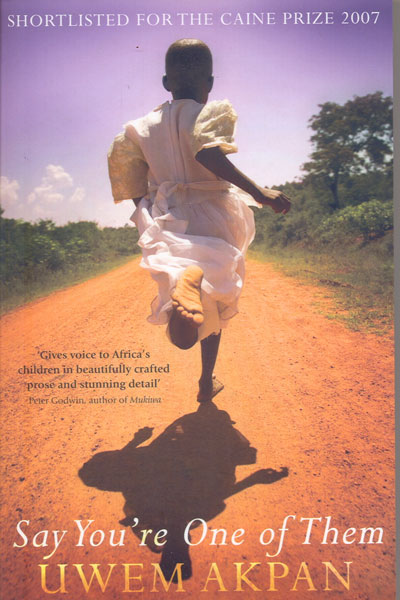 This is a set of powerful stories about African children set in various countries across the continent. They are five stories in all. The first one "An Ex-mas Feast" is set in Kenya.

It is about a poor family whose child Maisha has to take to prostitution in order to support the family. The second one "Fattening for Gabon" is set in the Republic of Benin.

Here we meet Fofo Kpee who tries to sell his nephew and niece into slavery in Gabon. It is a deal that promises to transform his life, giving him all the comforts that life has to offer.

Somehow he sees the folly of his action and decides against selling Yewa and Kotchikpa, his niece and nephew respectively.

But the ring that runs the deal gets wind of his double-dealing and roughs him up. He dies as a result of the beating. After his burial, Kotchikpa escapes, leaving Yewa who is still dreaming about the good life in Gabon to her own devices. It is easy to imagine that she will be sold into slavery. In the third story "What Language Is That?" the child-narrator struggles with divide driven by religious faith between her and her best mend in Ethiopia. Selam, her best mend is a Muslim, while she is a Christian. After a religious crisis that resulted in the destruction of Selam's family home, both mends are separated. When she seeks to know why she is no longer allowed to play with her best mend, her father tells her that she is not one of them. In "Luxurious Hearses", the fourth story, the theme of religious intolerance is played out in full in Nigeria. In the wake of the introduction of Sharia, the Islamic penal code, Muslims massacre Christians in the north, which leads to reprisal killing in the south. Jubril, a hybrid in the sense that his father is a southern, while his mother is a northern is caught in between. After escaping lynching in the north, Jubril attempts to get to the north that is considered safe. He boards a bus. Much of the narrative takes place inside the bus. Jubril whose right hand has already been chopped tries to hide it from the other passengers so that they don't identify him as a Muslim. Throughout the journey to the south Jubril tries to avoid discovery but he is trapped eventually. The fifth story is "My Parents' Bedroom". Here, the author is concerned with the plight of children in the war devastated Rwanda. A Hutsi husband is forced by his tribesmen to kill his Tutsi wife in the presence of his children. It is no surprise that this story was short listed for the Caine Prize 2007.

These are all remarkable stories told with warmth and insight and passion. Uwem Akpan is a great story teller in whose hands everyday subjects can be converted into great yams. It is tribute to Uwem Akpan' s writing skills that he is able to, in all the stories, to have the narrator as a character. For those who are passionate about the plight of African children, this is a wonderful imaginative work that deals knowledgably with the subject matter.