The director general of the Management Development Institute (MDI) has pleaded w ith the Joint Session of the Public Accounts and Public Enterprise (PAC/PEC) to be its advocate, and to demand that the institution’s budget allocations be increased. The DG also called for The Gambia to deliberately discriminate in favour of tertiary higher education, given the nascent state and historic neglect of the sector.

Dr. Jainaba M.L Kah made this appeal on Thursday, while presenting the institution’s annual activity report for the year ended 31st December 2011 at the National Assembly Chambers in Banjul.

In her marathon deliberation, she began by thanking the National Assembly members who have been taking courses at the institution, both short and long term, noting that public service culture in modern times requires values of fair play, efficiency and accountability.

She added that without this mindset and without commitment to professional standards, resource management, resource mobilization and social interventions, reforms and development cannot be effectively executed for efficient service delivery.

MDI, she said, continues to spearhead a major transformation in management development in The Gambia, and continues to achieve giant strides in equipping her clientèle to meet the challenges of the 21st century.

“With a professional staff complement of 15, and an additional 13 from the UTG, and almost 30 adjuncts with specializations ranging from public administration, education, economics and financial management to information technology, MDI is poised to play an effective role in the human resource development strategy of the Government of The Gambia and also to serve the training, research and consultancy needs of partners within and outside of the public sector.”

DG Dr. Kah revealed that year 2011-2012 has been a transformation year filled with unprecedented progress and successes, noting that in the academic year 2011-2012, they focused on leveraging the renewed commitment and hope people have in MDI by building partnerships and expanding their networks.

She added that during the year under review, the institution also spent more effort strengthening their operations by refining their systems, procedures and processes; and recruiting new talent.

She explained that on-going transformation of MDI goes beyond the physical facelift from the imposing perimeter fence, iron gates and the new signage installed outside and within the campus, to the manicured lawn, the re-plastered walls and fresh coat of paint on buildings and classrooms and administrative offices, the additional teaching block and recently completed library, outdoor learning space with metal benches and tables dotting the campus taking advantage of the shade from trees.

“All these indicate a renewed spirit to change our organizational culture and regain and reclaim the glory that was MDI’s as the premier training institute for the public sector of The Gambia,” she stated.

According to her, in 2011-2012, the rehabilitation and campus expansion continued with a new building (Resource Centre) funded by Organization of Petroleum Exporting Countries (OPEC) fund for International Development, adding that an additional floor was constructed above the Resource Centre to house faculty and administrative offices and more classrooms. This second floor, she revealed was funded by the UTG and the UNDP.

Dilating on academic activities, she informed the PAC/PEC that in addition to our regular course offerings, other major academic activities undertaken by MDI between 2011-2012 included the launching of a new post-graduate Diploma in Management run in collaboration with the Institute of Commercial Management (ICM) in the United Kingdom, which has approved the ICM Department at MDI as a centre,” she told deputies, saying the course is a nine-month programme, which starts in March and ends in December each year.

She further informed the committee that they also delivered tailor-made courses to answer to the call of the Gambia government to reform and introduce information technology in to the civil service, noting that about 25 tailor-made courses and consultancies were offered at MDI in 2011-2012.

“We continue to focus on training and development in order to contribute to the building of an effective, efficient and development-oriented public service with a cadre of public servants that demonstrate a set of values, ethos and culture committed to the spirit of serving with pride the people of The Gambia.”

The MDI report was consequently adopted by the PAC/PEC after commenting on the report. 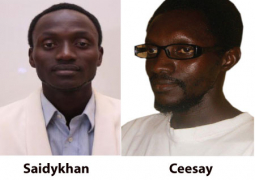 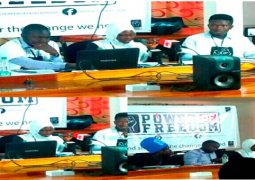 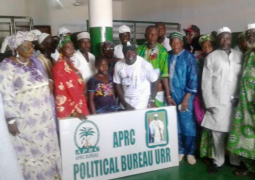