After not being in action for over a week, Gambian stars in Norway will be engaged in a Week 14 clash on Sunday with Abdou Darboe's Honefoss playing away to Odd Grenland.

Tijan Jaiteh's SK Brann will play host to Aalesunds FK. Brann has failed to impress fans since the start of the season after still struggling second from floor with 10 points behind Abdou Darboe's side who are trailing ahead with 11.

Gambian duo Christian Brix and Dawda Leight's Valerenga, who are so far within the first 5 top teams in the Norwegian Tippeligaen with 22 points and 8 points behind leaders Tromso, will take on mid-table opponents Haugesund.

In the other side of Europe, Gambia attacker Demba Savage and mid-fielder Dawda Bah will be faced with a tough contest for the mantle of leadership in the Finish League on Saturday.

Leaders Bah and HJK Helsinki, who are in to defend the title and suffered a brief take over from top by Savage's FC Honka, a fortnight ago had enjoyed a greater goal difference over Honka, despite leveling on 14 points at the summit of the table.

A victory for HJK over mid-table opponents FF Jaro will still see them on top, but if the results turns out negative the defending champions might lose their lead should Savage's Honka beat AC Oulu. 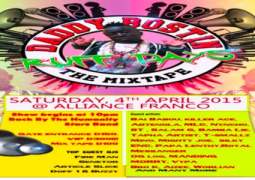