Reports reaching Pointsport from the President of Tintinto, Busumbala Football Committee, Jally SM Sawo has indicated that the ongoing football tournament will enter its semi-finals stage at the Tintinto Football Field this Saturday.

The tournament, sponsored by the President of The Gambia Football Association, Seedy MB Kinteh, according to Jally, is currently witnessing some exciting moments of a brilliant game that involves 8 teams.

The tournament is aimed at bringing participants together in a bid to strengthen relations that exist between them.

Front Line FC enjoyed a narrow one-nil victory over Taaka to book a place into the semi-final. The biggest game between the two rivals in the names of Graphic Giants and Down Town ended in a 2-1 score line in favour of Graphic Giants over the weekend.

The Saturday's semi-final will feature FFP FC and Front Line, while Graphic Giants side will rub shoulders with Humble Youths in another semi-final on Sunday, at Tintinko Football Field.

In the build-up to the final, Jally, who was full of praises for the sponsor of the tournament Seedy Kinteh said "the GFA supremo Seedy M.B Kinteh has contributed immensely in trying to develop football at the grassroots level in the area."

"Without him, it will be difficult to ensure a successful staging of the tournament because he provided us with all the needed materials, including the trophy and the footballs the committee is using," he stated. 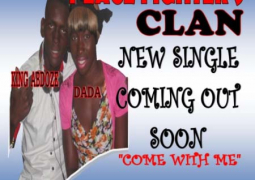 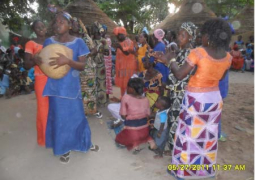