“The heavens declare the glory of God; the skies proclaim the work of his hands. Day after day they pour forth speech; night after night they display knowledge. There is no speech or language where their voice is not heard. Their voice goes out into all the earth, their words to the ends of the world. ” (Psalm 19:2-4)

God in times past spoke to our forefathers through his prophets, but of recent, ‘these last days,’ he has spoken through his Son, Jesus Christ. Most of what we know about God, we learn from his Son. He himself had declared: “I do nothing on my own but speak just as the Father has taught me.” (John 8:28) His teachings have taught us much more about the kingdom of God. Most of all, he has revealed the Father’s love for us, in that he gave up his only Son to die for our sins. (John 3:16)

At the transfiguration, God declared to the hearing of three of Jesus’ disciples present; “This is my Son, whom I have chosen; listen to him.” (Luke 9:35)

Jesus made some pronouncements that sent shock waves into the very hearts of those who represented the ‘order of the day’ – the Pharisees and the Sadducees; and they threatened to kill him. He made such bold utterances that questioned their real motives as leaders. They were seen more as obstacles in the people’s way than torch bearers. He told them: “Every plant that my heavenly Father has not planted will be pulled up by the roots. Leave them, they are blind guides. If a blind man leads a blind man, both will fall into a pit.” (Matthew 15:13-14) He said also regarding his teachings: “I tell you the truth, whoever hears my word and believes him who sent me has eternal life; and will not be condemned; he has crossed from death to life.” (John 5:24)

Even in the ranks of his disciples, he spoke truths that were hard for them to understand (at the time) because their faith was still not grounded - even after they had been with him for three and a half years and had received many teachings.

Jesus declared himself the ‘Bread of life.’ “Whoever eats my flesh and drinks my blood remains in me and I in him. Just as the living Father sent me and I live because of the Father, so the one who feeds on me will live because of me. This is the bread that came down from heaven. Your fathers ate manna and died, but he who feeds on this bread will live forever.” (John 6:56-58) At this point many of his disciples deserted him. Then he stated: “The words I have spoken to you are spirit and they are life. Yet there are some of you who do not believe.” (John 6:63) Could you be counted among those who still do not believe that Jesus “is the radiance of God’s glory and the exact representation of his being, sustaining everything by his powerful word?” (Hebrew 1:3) The Messiah, the Sent One?

Jesus has returned to the Father from whence he came. Before leaving, he observed that his disciples were saddened by the fact that he had to die, (even though he confirmed he would be raised to life after three days); so he comforted them with these words. “But the Counsellor, the Holy Spirit, whom the Father will send in my name, will teach you all things and will remind you of everything I have said to you.” (John 14:26) He did not leave them orphans. He gave them someone they were to listen to. “… for the Holy Spirit will teach you at that time what you should say.” (Luke 12:12)

God reveals secret things to his people; the more we cultivate and seek to develop a closer relationship with him, the more we will be attentive to his voice and the more often we shall seek him also.

In spite of the noise levels, our busyness and our busy schedules, we are guilty of letting impatience get into the way of our listening ability. Rebecca’s failure to listen was the cause of Jacob’s strained relationship with his brother Esau that led to his flight. At the time Rebecca was pregnant with twins, “The Lord said to her, ‘Two nations are in your womb, and two peoples from within you will be separated; one will be stronger than the other, and the older will serve the younger.” (Genesis 25:23) With that, there was no point for Jacob, the deceiver, to want to trick Esau of his birthright; nor the need for his mother to scheme ways to deny Esau his father’s blessings. God had declared Jacob leader over his elder brother just like Joseph’s family would have to bow to him one day. The end result of Rebecca’s ploy was that the family split. Jacob fled for his life under Esau’s threat to kill him. Rebecca whisked Jacob off to his uncle to save his life and would never see him again. If only Rebecca had taken time to listen to this privileged information from God, the family would have stayed united. Who was Rebecca listening to; her fears and concerns? God had taken care of that before she even conceived. We cannot love our children over and above God who gave them in the first instance.

When Abraham harboured fears that he would not have an offspring and that his nephew would be his heir, God told him: “This man will not be your heir, but a son coming out of your own body will be your heir.” (Genesis 15:4) Then he took him outside and showed him the stars; “Look up at the heavens and count the stars – if indeed you can count them. So shall your offspring be.”(Genesis 15:5) Abraham believed; but as time went by (25 years for that matter) and nothing happened, his wife Sarah mounted a scheme for her maid servant to bear him a child. Soon after the jubilation, friction emerged between Sarah and Hagar. Worst still, God told Abraham that Sarah would bear him a son at the age of 100 years. Isaac was born to Abraham as the child of promise even though it seemed unlikely at his age.

Idols have mouths but cannot speak, and yet people listen to them. God, who made heaven and earth, is constantly speaking to us in diverse ways but we fail to listen or deliberately misunderstand him. Jesus says “…his sheep listen to his voice. He calls his own sheep by name and leads them out. When he has brought out all of his own, he goes ahead of them, and his sheep follow him because they know his voice.” (John 10:3-4)

It is important who you listen to. “Today, if you hear his voice, do not harden your hearts.” (Hebrews 3:7) He says: “… whoever comes to me I will never drive away.” (John 3:37) God is speaking, will you listen? 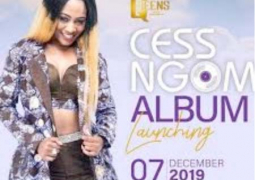 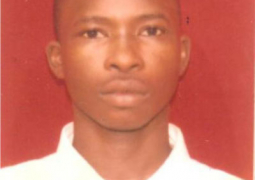